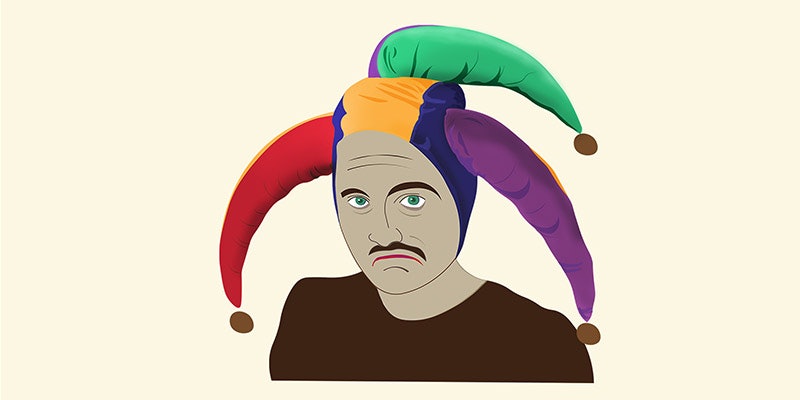 “I don’t think Tom’s problem is laziness, rather the fact that he has a thousand great ideas and only one mind to develop them all.”

A friend with his finger on the pulse, first alerted me to the talents of Tom Sainsbury and his satirical impressions, regularly posted on facebook, telling me I needed his videos in my life. He was right. Tom Sainsbury’s observations on New Zealand current affairs and his creation of recognisable personas and the idiosyncracies of some of NZ’s public figures, are a much better time than ‘animals do the darndest things’ videos – although they also feature in his show.

As Tom is generally in character(s) when communicating to his audience via social media, I was intrigued to find out how a live performance would play out. Tom’s unique stage entrance method saw him hiding behind the projector screen as the various characters he has created introduced the show via video. Coming out from behind the screen Tom asks “Who is the real Tom Sainsbury? “He speaks about himself in the 3rd person, for one thing” he says, setting the tone for the rest of the show.

Growing up on a farm in Matamata, Tom had a lot of time to develop his observational prowess. He credits his success in comedy with his USP as a scientist comedian. His scientific career began early, winning a highly commended award in science at school with the help of an affectionate brood of chickens and a conscientious mother.

Tom likes to think of himself as a scientist of the human condition. However, he also shares that he’s “someone who doesn’t do the work, but expects the results,” and that “this is one of my most unattractive qualities.” I don’t think Tom’s problem is laziness, rather the fact that he has a thousand great ideas and only one mind to develop them all….and the fact he openly admits his delight in the works of Katy Perry.

The show flew by in an hour and Tom covered a lot of ground from shedding new light on David Attenborough’s viral snake vs iguana clip to impressions of geriatric men with fly obsessions and irate, peroxide-haired mums wanting to talk to management. Tom also confessed to wanting to be Jacinda Ardern’s court jester, in return for lots of money and love.

I’d love to see Tom Sainsbury in conversation with David Sedaris. Like David, Tom believes that in comedy “everything is fair game” and that there are no taboos, also admitting that he genuinely loves everyone that he takes the piss out of. Tom recognises that there is a tricky line between being a satirist and becoming a poster boy for hate groups, but I think he is destined to become one of NZ’s most treasured entertainers, if he can be arsed. 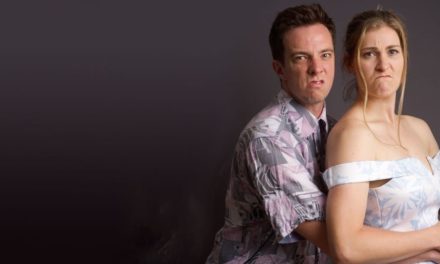