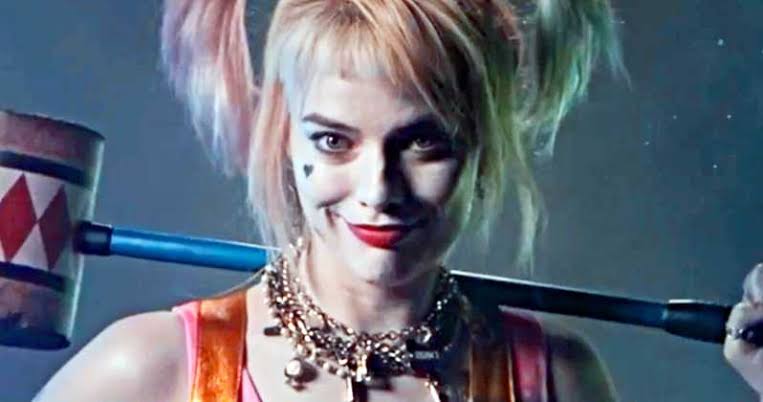 No one can deny that the DC Universe has struggled in the world of film; compared to Marvel and its legion of devoted followers who appreciate the cohesiveness and continuity of their blockbuster movies, DC struggles to pick a direction and stick to it.

Suicide Squad had its charms, but ultimately failed to live up to expectations. Margot Robbie as Harley Quinn however, quickly gained both notoriety and praise; her look in the film soon adopted as the latest trend for Halloween parties across the globe. Cue spin-off.

So, how does Birds of Prey fare?
Admittedly not too bad at all. Taking into account that the film is a continuation of Harley Quinn’s adventures specifically – which means that instead of sharing the screen with juggernauts like Will Smith, she is predominantly the main focus – will play a part in determining the enjoyment level of the viewer.

Despite Quinns’ style of speaking, which can become a little irritating at times, Robbie otherwise delivers a solid performance, once again capturing the characteristics viewers have already come to know and expect from her portrayal of Quinn while adding a few more nuances to her already colourful persona.

“Despite Quinns’ style of speaking, which can become a little irritating at times, Robbie otherwise delivers a solid performance”

Where Robbie (who also produced the film) truly shines is in the physical arena, her movement when handling weapons, participating in fight scenes right down to how she curls up on a couch with a bowl of fruit-loops are all so wonderfully fluid that it draws the viewer into her character with a natural ease.

Throughout the film, Quinn narrates certain events or points of interest, this does start to wear a little thin, especially when the momentum of the film is broken in order to tell the backstory of a character, or to retrace the steps of what led to a particular part in the timeline. Still it is a point of difference and thankfully is not used too excessively.

So, Harley Quinn is back in Gotham, sans the Joker who has kicked her out. Keeping quiet about her current relationship status, Quinn proceeds to roll about Gotham taking full advantage of her immunity from retribution and basically behaving badly, which she is very good at. That is however until one night after overhearing people mocking her ongoing trials and tribulations with her man, she decides to announce to the city she is single by blowing up the ACME chemical plant where she first pledged her love to the Joker (apparently Batman was taking the night off, as despite Quinn almost destroying a quarter of the city, the bat is nowhere to be seen)

Cue the introduction of Black Canary (Jurnee Smollet-Bell), Renee Montoya (Rosie Perez), Huntress (Mary Elizabeth Winstead) and Cassandra Cain (Ella Jay Basco) over the course of the plot, complete with back stories that fold themselves into the timeline somewhat awkwardly, but they get the job done. Of course, there has to be a villain, Birds of Prey offering up two in the form of Ewan McGregor as Roman Sionis/Black Mask and his psychotically creepy henchman Victor Zsasz (Chris Messina).

Birds of Prey is a restricted movie, and as such it contains violence that while not excessively nausea inducing, does include a few scenes that will make people wince. It was also a little disturbing that many seemed to find the beginning of one particular scene where Sionis publicly degrades a woman somewhat amusing; perhaps it was his slightly camp demeanor in which he did it … It should be noted though that there is an unnerving undercurrent to the scenes of violence featured in the movie.

“How it will stand the test of time against both the previous and any future DC cinematic offerings, remains to be seen”

While the female characters carry out theirs in a kick-ass girl kinda way, with a sense of cartoonish fun to them, a few of the scenes featuring Sionis have a far more realistic and sadistic nature to them, especially when the violence is aimed at his female victims. Written this way to truly set him apart as the bad guy? Possibly, but it is a little uncomfortable to say the least.

The film is of course called Birds of Prey, so the expectation being that at some point we see the female leads join together to become a tour de force; however, when they finally do, it seems rather anticlimactic, leaving some wondering if director Cathy Yan actually got the incredibly long film title the wrong way around.

Birds of Prey is indeed a bit of fun, and if audience members are already fans of films of a similar ilk, then this too will be a win for them. It’s bright, it’s loud, the pace keeps the storyline moving in the right direction for the majority of the film and there are some memorable performances from Robbie, McGregor, Smollett-Bell and a Hyena called Bruce. The soundtrack is none too shabby either, however some of the tracks used have already been featured in several films over the last couple of years and do feel a little tired.

It would be hard to vehemently dislike Birds of Prey (and the Fantabulous Emancipation of One Harley Quinn) but how it will stand the test of time against both the previous and any future DC cinematic offerings, remains to be seen.