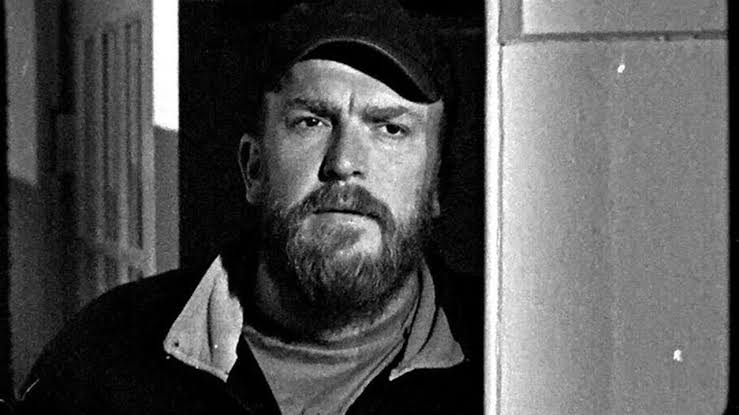 Bait is an extraordinary film to review. It is difficult to box the film into a category to recommend to an audience. I will try describing it as an Art House Film, experimental in nature/style, but very nostalgic in its process, i.e golden age of silent, black & white films.

Bait feels raw, simple, you could be excused from saying it looks ‘amateur’, though don’t be fooled. For the first 15 or so minutes, you are trying to decipher the film, take it in and put together the pieces to make a coherent story, it’s a journey rewarded by the end. It takes a the crowd on a trip that encapsulates the film with visual poetry. It may feel surreal, like a dream, but Bait has potency and power.

The basic premise of the film is about two brothers, fishermen, struggling to make a living in their home village in Cornwall. They have inherited the family heritage of fishing from their dead father, but modern times are tough. Both brothers have alternative views, one can’t let go of the ‘fishing’ way of life, the other uses the fishing boat for tourism, visiting the village to make a monetary living.

“As you further delve into watching Bait,  its cinematic language absorbs you into a beautiful moving experience”

When I say the film is “raw and simple”, I’m coming from a technical point of view. Director Mark Jenkin made the film using a 16mm Hand wound Bolex Camera using Kodak Black & White film. Sound wasn’t able to be recorded on set, all audio was dubbed later in post. To describe the look of the film, is like describing it found in a vault from the 1920’s. You can see flicker in the film, hair that was trapped in the gate of the camera, dirt contaminating the film negative. This old nostalgic look and style does not not distract from the film, actually I feel it enhances it.

It adds visual poetry, there is nostalgia that works as theme and tone, the film’s narrative and plot doesn’t rely on expository explanation. Its quietness and imagery subjected to subtext. As you further delve into watching Bait, its cinematic language absorbs you into a beautiful moving experience.

I conjure films of influence and comparison like Ingmar Bergman, Nicholas Roeg, even contemporary modern film ‘Witch’ and ‘Lighthouse’ from Director writer Robert Eggers, would make a great companion piece to this film. Bait is told like an old Fisherman’s tale, but set in a modern day world.

The two brothers are in conflict, separated by different views, both lives metaphorically ‘float lost at sea’. It is a microcosm of a world the brothers live in. The film world of Bait moves no further from the seaside tiny Fishing Village. There is the local pub, and the small harbouring shore, a frugal community. It’s a small existence, that has been disturbed by ‘outsiders’ bringing tourism dollars to their simple economical life. The word ‘community’ becomes a complicated expression.

“The drama is strong, its long lasting effect resonates like a dark haunting ode”

The drama is strong, its long lasting effect resonates like a dark haunting ode. Bait is a fresh breath of old sea air, it reminds me of the power of film and filmmaking. I was genuinely taken in. Surprised of its reminder retaining the magic, the mystery and power of film that still can found in minuscule budget, compared to mainstream movies. All achieved with outdated or lack of modern technology too. A beautiful and poetic marvel. Out in cinemas May 21st.