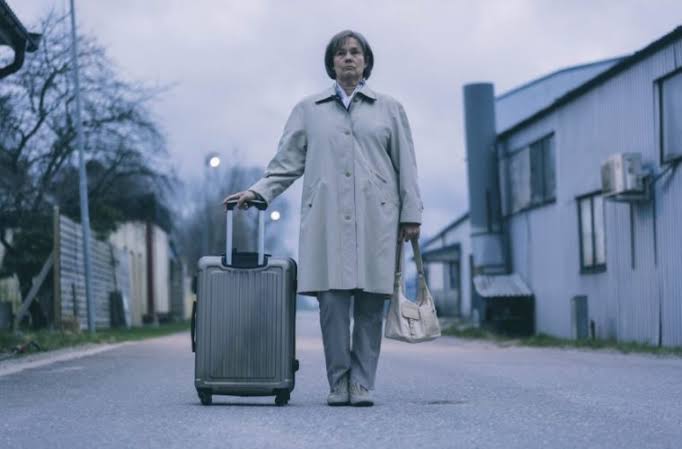 “When Britt-Marie, age 63, leaves her husband after 40 years of marriage, she is forced to reconsider her life and break up with old habits in order to meet the real world. . Perhaps there is a second chance in life – perhaps it’s never too late to start living”

Britt-Marie Was Here (you can tell by the traces of baking soda) is a subtitled film based on a novel by Swedish writer Fredrik Backman, again, featuring a socially awkward central protagonist.

Britt- Marie is a charming, if slight, portrayal of a woman working out how best to live the remaining years of her life. Pernilla August plays Britt-Marie, a 60’ish betrayed wife. Having bulwarked her life with the domestic mantra of ”cleanliness is next to godliness” she finds herself in the isolated community of Borg, Sweden.

Having accepted the job of community worker she, who knows little of football, and couldn’t care less, has to set about working with the local disaffected youth whose only passion is football. Of course, her first reaction is to clean but slowly she is forced to interact with the children and becomes part mother, part not-very-successful coach.

There are many moments in this film which will resonate with women of a certain age. The sense that the necessary household chores are unrecognised, undervalued and invisible, that “all your dreams and choices might have been for someone -else.” However, the cast of characters manage to engage our sympathies and liking.

Watching the ill trained football team we can only hope for some successful outcome of the tournament and celebrate the meagre but significant score.

Director, Tuva Novotny, has stayed fairly true to the understated and restrained nature of Backman’s writing. Although, choosing to leave some of the grittier events out of the film may have lessened its lasting effect.