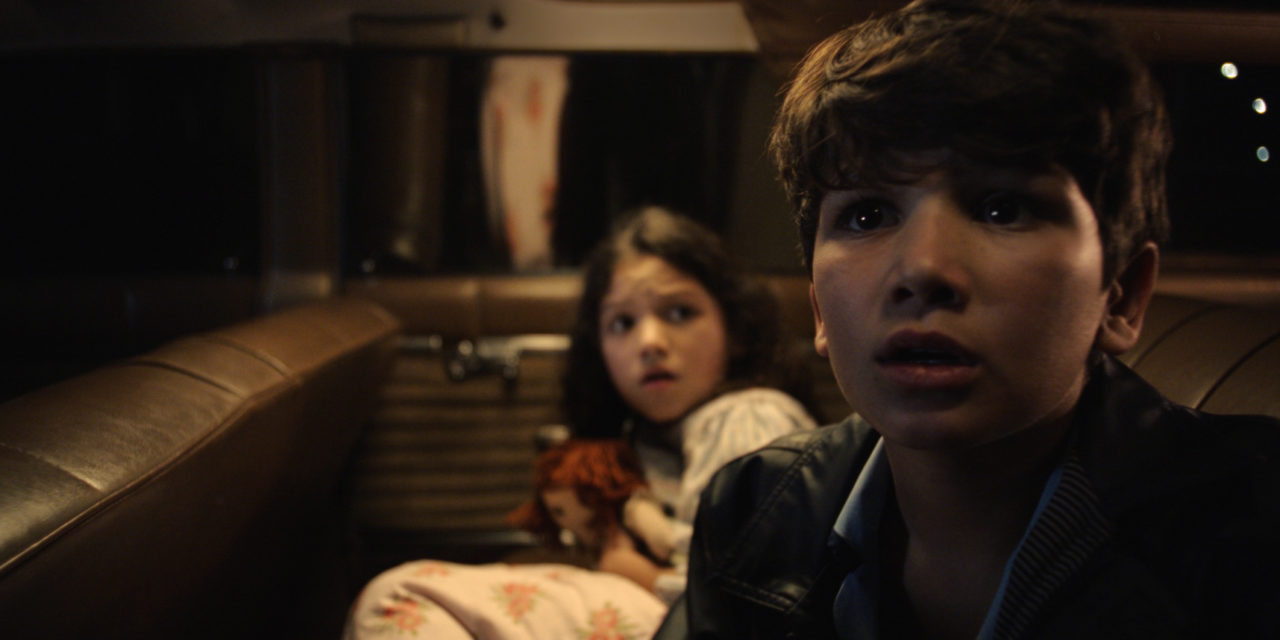 When determining the measure of a good horror flick, one would be wise to borrow the question asked in that classic scene in Beetlejuice; “can you be scary”? The good news is, that The Curse Of the Weeping Woman definitely is.

Brought to you by the production stable of Oz/Asian wonderkid John Wan (director of Saw, The Conjuring, & Aquaman), The Curse Of The Weeping Woman looks great, has a script that keeps the story moving briskly, & contains an abundance of thrills & scares, while also providing splashes of humour to keep you entertained & invested right up to its conclusion. Director on debut Michael Chaves deserves plenty of ticks, as he’s quickly picked up the ball off Wan, proving to be a fast learner.

The Curse Of The Weeping Woman draws on a bunch of the horror archetypes, the most significant & key ingredient being the dark forces & entities of the supernatural. Yes, the film is under the influence of that big daddy of that sub-genre, The Exorcist. There are many nods to it, some being; the church & the rogue priest who deals with those more challenging assignments, the weaponry to battle evil (holy water, crosses etc), & the timeline parallel that this film is set in 1973, the same year that The Exorcist was released.

Fresh from her great turn in the best film Oscar winner Green Book, Linda Cardellini plays Anna Garcia, a social worker who quickly finds out that protecting her own children (& others in her care) are beyond her capabilities. The weeping woman is a force to be reckoned with, so much so that specialized help is needed, & quickly. That’s where ex priest come shaman Rafael Olvera (played by Raymond Cruz) comes in.

The Curse Of The Weeping Woman employs all the traditional tricks in the horror filmmaking book; the moving curtain, the attic door ajar, the close framing, the juxtaposition of foreground & background action, low lighting, & the ‘silence to scream’ utilisation of sound. There’s also much claustrophobic tension built with the confinement of enclosed spaces, & the threat of an external antagonist penetrating all security. With water being an ever present motif (I won’t tell you why), you’ll feel at times like this is “Jaws” on land.

Stock up on popcorn for this one, The Curse Of The Weeping Woman is full of seat tense moments, & injects just the right amount of laughs to keep you entertained & escaped for an hour & a half.