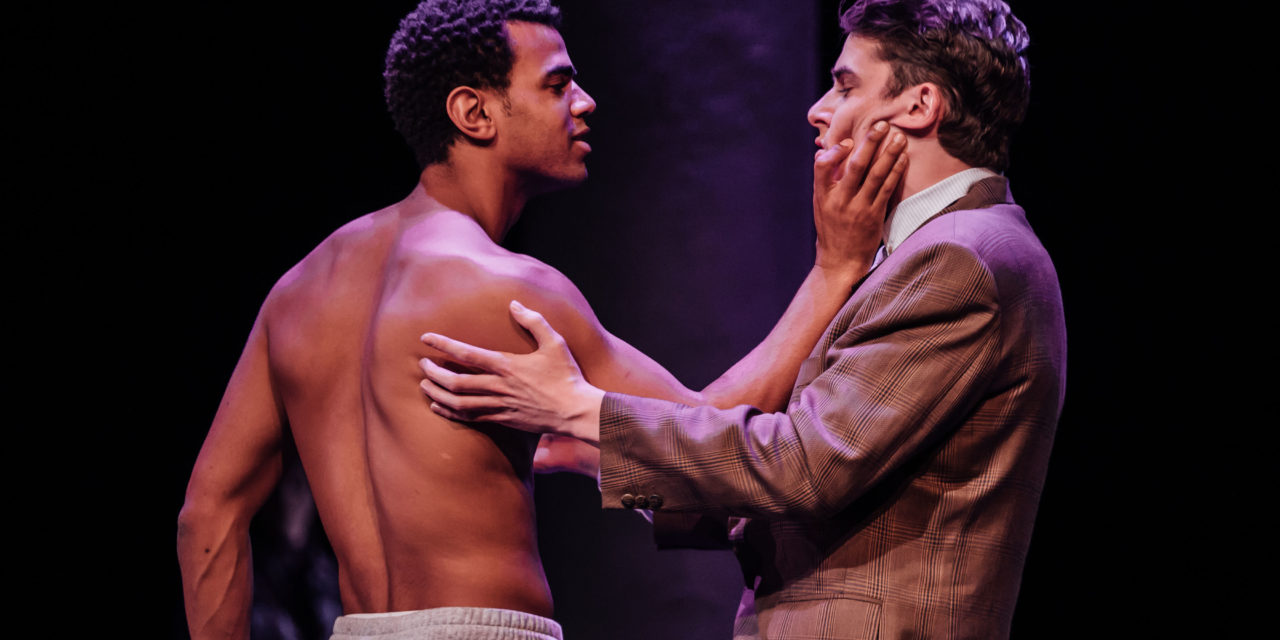 “Well it wouldn’t be New York in the Nineties, if it didnt contain elements of homo erotica, bad fashion sense or casual racism”

Maybe It was the not-so-subtle references to the new Cats movie, aligned with the character matchings of the popular mystery board game Cluedo (especially the delicious Miss Scarlett-esque Jennifer Ward-Leland) or the sordid nudie part of the show that had me won over. Whatever the reason, I really enjoyed this show.

The show was adapted into an acclaimed film in 1993 that starred Will Smith (Never seen it) in the role of Paul, a skilful con-artist who mysteriously appears, injured and bleeding, at the apartment door of two Manhattan socialites one night, claiming to be a close college friend of their Ivy League kids. From there things goes awry and the story transpire further into the clutches of despair and deceit – the perfect ingredients for a show.

The shows interesting premise wasn’t by any stretch the only reason for the shows appeal, Colin McColl’s direction lends itself to an overdue tweaking of American playwright John Guare’s candid snapshot of class & race relations in Nineties New York. The local cast deliver their character personas with fervent passion, the theatrical nuances perfectly calibrated to John Parker’s sublime set and Jo Kilgour’s broody lighting, heightening the audiences senses with much gusto & delight.

This astounding story based on real life events depicts the lives of suave, sophisticated and wealthy Manhattan art dealers Flan and Ouisa Kittredge, wonderfully portrayed by Andrew Grainger & Ward-Lealand. The Kittredge’s are all about keeping up appearances but their world of comfort and respectability is turned upside down with the sudden arrival of a charming stranger played by ex Shortie Street actor Tane Williams-Accra, who really steals the limelight with Ward-Lealand on more than one occasion.

Their conversations buoyant, free flowing, faultless and the aesthetics of word play is entertaining to behold – it’s a very complex symbiotic relationship but one that is rewarding to the show’s close. I also loved Mark Wright & Lisa Chappell as the Kittredge’s zany friends, and also the Kittredge’s kids including local comedian Brynley Stent adding some nice comic relief.

Well it wouldn’t be New York in the Nineties, if it didnt contain elements of homo erotica, bad fashion sense or casual racism thrown in for good measure. Six Degrees of Separation boasts a solid cast that will rival any production this year, yes, even the dreaded upcoming Cats movie, which when it does come out, will see the shows script hauled in for slight tweaking. Until then savour on one of the best shows in town that will have you checking family members for any personality anomalies & wondering what a “starfucker” is.

Six Degrees of Separation on from August 14th until August 30th ticket info go to www.atc.co.nz/auckland-theatre-company/2018-19/six-degrees-of-separation/