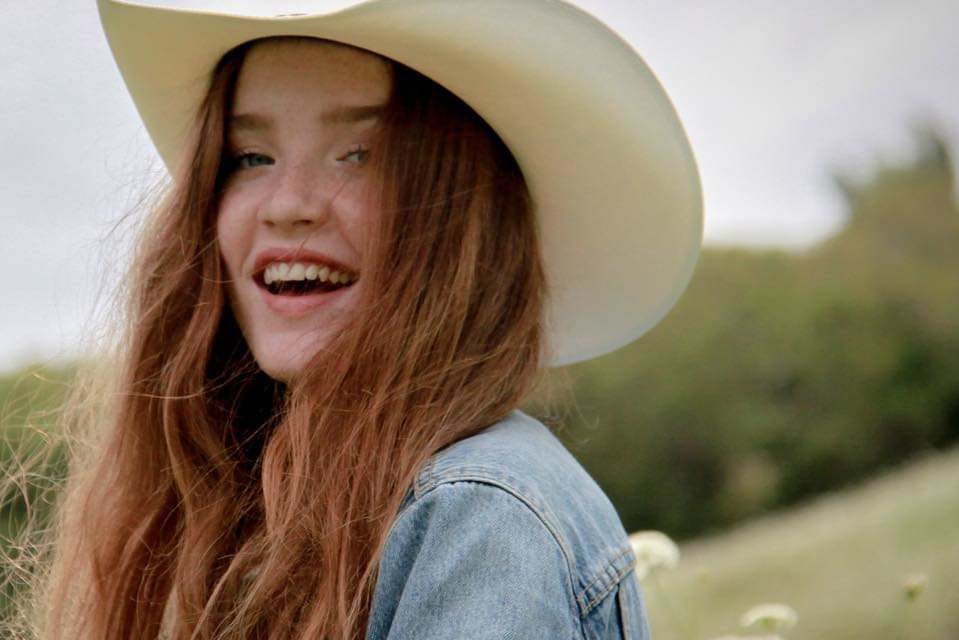 Rising New Zealand country music singer, songwriter and musician Grace Kelly released her debut EP entitled Before on Thursday 26 March. The talented Kiwi songstress burst onto the scene after a remarkable opportunity set her on an epic path of amazing experiences in a very short period of time.

Last year was a whirlwind year for her, with Californian city San José choosing her song San José as their theme song and pushing her further into the limelight. The song has now hit over 50,000 streams on Spotify.

Wal Reid caught up with her recently (phone – of course in this Covid new-norm) to ask her a few questions and how she got to open for country music giant and television personality Blake Shelton.

WR: Hey how you going Grace? Just cruising around at home I’m guessing?

GK: I’ve got instruments galore and just time, it’s beautiful. I’ve already written an isolation song. The first of many, yes. Locked Up is the initial title. The concept was if you had to be locked up in a house that you’d be with a said person – sort of a love story. But if you were locked up with this person, it would actually be ok if you had to stay inside.” Even if you’re with people you love and care about, it’s not going to be that bad. I’m just here with my family and it’s been a lot of laughs.

So, is Grace Kelly your real name or stage?

I know, it’s a lot to live up to. The name thing definitely turns some heads. Usually if I start a school year and if the teachers are all older, that’s the classic comment, “Oh my god, do you know there’s a princess with the same name?” I’ve gone seventeen years and I’ve never known. (laughter). I lived in the States for six years. My dad got a job over there when I was eight, we didn’t move over there, but I’ve spent a lot of time living in the US. My older siblings were in high school, for me it was a lot of trips going over there for long periods of time. I was living in two countries for a while so it became a fun place that escaped your usual Auckland happenings with school and whatever. It became a playground to me as a young person.

How did your song San José get picked up over there?

I did a recording in Nashville which was very exciting and after that went back to San José to visit a couple of friends; you’re in America so you do the rounds while you’re there. I met the CEO of the Tourism Board there Karolyn Kirchgesler, she’s been a massive believer in me. She was like, “You should write a song about San José. It’s kind of the classic throw away comment when someone finds out that you write songs. I never thought anything of it and then once I was back home I got the idea for the initial line I just had this rolling in my head, “San José, nah nah nah. That’s ok we’ll roll with it,” we pumped it out in one night. I then emailed it to her and she didnt get it for a few weeks, then she called me, “We want to fly you out, and we want you to record a music video and we’ll use it for the tourism campaign”. I thought it would be like, write a song about San José and I’d send it to her and she’d be like, “Oh I love the song” and then that would be it. It just snowballed and became an epic stepping stone.

What about you meeting Country Music giant and television personality Blake Shelton?

I was staying at my Mum’s house and Dad came over at four in the morning with this hectic knock. Everyone was like, “What is going on, why are you here?” and then he read out the email from the Country radio station that played my song KRTY, it was from the station manager. “We were wondering if Grace wanted to be one of the opening acts for Blake Shelton.” and it was like, “Let me mull that one over”. I still can’t believe that happened, it was the coolest day in my life opening for him.

I read you’ve played with Taylor Swift’s songwriter Liz Rose, how was that?

As a Country music fan I got to sing You Belong To Me which was bizarre. She was at this winery where I was playing with four other Country artists. In the middle of the set she was like, “Is Grace still here? Cool, can you come up and help me sing this song?” Oh my god I’m freaking out, I had no idea that she was going to ask me. “I hope you know the song, if not you’re going to fake it real well.”

Has Before been released yet?

The live shows have been postponed, yeah it’s out. Everyone’s just siting at home what are you going to do? I’ve also done live streaming. I guess it’s just adjusting to this ‘curve ball’ of life. Lots of song writers I love in Nashville, that’s what they’re doing also.

How was recording your E.P. Before, are you happy with it?

So happy with it. First track is called Before and After and was recorded in 2018 and I redid the vocals last year. it’s been a super fun journey because I was lucky enough to record twice in Nashville, 2016 and 2018. For no other purpose than to get studio time and get comfortable in the studio, listen to my songs and have a fun project that family could listen to. Everything shifted when I got older my song writing got better so my Dad and I went back to Nashville and I was recording for the purpose of releasing an E.P, it was so much fun. It was cool to record with those guys because they’re so lovely so down to earth, everyone plays with everyone in Nashville, it’s so chilled and kind of the norm to be playing with these huge artists, so when Steve King who was touring with Keith Urban prior to playing on my songs was coming in, producer Bill Watson would go, “Steve’s coming in and laying down tracks with the keys, he’s been touring with Keith Urban”, and I’m like, “Oh, ok.” They’re all so down to earth.

Stay calm, stay kind. There’s so many negative things people are talking about, like being stuck inside. One of my biggest things is; look how amazing this is going to be for the planet. I’m a big Earth gal, so its nice to be able to pause. Find time to do the things you love. For me it’s music, so I’m trying to write a song every day and find new artists I love. It’s about making the best of the situation.

Infectious lead single ‘That Girl’ is a sparkling blend of catchy effervescent pop and classic country music and, accompanied by a gorgeously simple video that encapsulates Grace’s easy charm.
WATCH ‘That Girl’ HERE