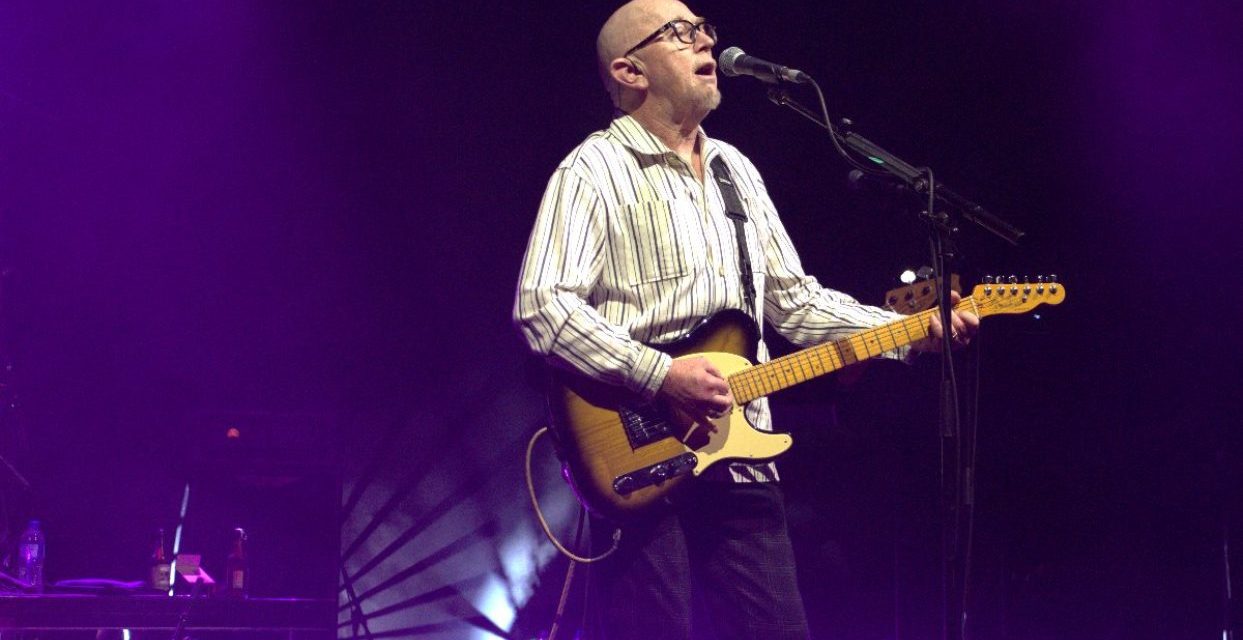 “God bless”, he muttered waving to the crowd, as the band took a bow exiting the stage.
Moments before, the audience whipped into a frenzy with the iconic hit Slice Of Heaven, complete with Six60 bassist Chris Mac on hand for vocal duties. Even without the bros Herbs backing him, there was nothing disingenuous in his words, as the crowd stood to their feet greeting Dobbyn with rapturous applause – and deservedly so.
Looking every part the Rocker with a relaxed and collected gait, he approached the audience in untucked shirt and jeans. “How can you not feel fine after the complete slaughter..red and gold all over the paddock?” he quizzed the packed crowd. A reference to the All Blacks 43-5 drubbing of the Australian Wallabies Rugby team the night before.

Perennial DD Smash hits Outlook For Thursday, Whaling, and his ode to “long term relationships” Loyal, were all laid out on display. It was akin to being stuck in a parallel universe on a Dave Dobbyn Karaoke night. The crowd were in fine singing form while Dobbyn struck an amazing resemblance to Professor Calculus from Hergé’s comic Tintin, a far cry from his afro axe-wielding heydays playing with Th’ Dudes.
Delving deeper into the night, the set-list got better and better, and so also did his band. Supported by good friends, Mutton Birds drummer Ross Burge, who Dobbyn joked, “We had this man carbon dated” was phenomenal keeping the beat. Bassist Jo Barus (Dukes) and keyboard whizz Mark Vanilau were solid in support adding to the onstage melee. Also good to see Lucid 3 guitarist Victoria Girling-Butcher adding some sartorial cool with her esoteric guitar playing.

Dobbyn’s music magically transports the listener to those days of old. Songs that hearken back to a time in the 80s, when even I remember using the train station next door to come into the city. “Kia ora, so good to see you,” he screamed brandishing his guitar as if a weapon of mass destruction. “Thanks for holding on to your tickets in these months of craziness.”

Still the hits kept coming, Dobbyn letting rip with pentatonic soloing while his band in hot in pursuit asked, “Are you ready to Rock?” a cue to crank out Th’ Dudes Be Mine Tonight and ‘beersies’ anthem Bliss, which gauging by the fist pumps in the air, had the entire crowd traipsing down memory lane. My personal fave, Devil You Know made it on the DD set-list so I was a happy camper. Funny, it still sounded every bit as good as I remembered as a pubescent punk rocker.

The night however, wasn’t entirely without fault. Omitting to sing “Don’t you forget it” at the end of Love You Like I Should irked some as if an unforgiveable sin, as did his moment of spouting spoonerism upon gibberish, resulting in Dobbyn more than once exclaiming, “I sound like Joe Biden.” However he saved his best for last, wishing our “Families healing” and urging the crowd that if ever they hear a “knock on door” welcome them in, before the familiar dulcet tones of Welcome Home kicked in. It’s a tune every Kiwi relates to when landing on these fair shores returning overseas, you just can’t beat hearing ‘Haere mai’, it gets you every time.

Kiwi artist Dave Dobbyn should be enshrined for future generations when he dies, if not merely for this Nation’s keepsake. His ubiquity, thanks in part to donning our TV screens during the Muldoon/Lange decades with Th’ Dudes & DD Smash, is the kind of stuff folklore is made of. Dave Dobbyn is our Leonard Cohen, or to put it bluntly, Lennon & McCartney personified in a genius Antipodean tunesmith. Surely the least we could do is give him a New Year’s honours, a Knight’s Companion – Sir Dave perhaps? I’m sure the good Lord Jesus would give His heavenly nod. 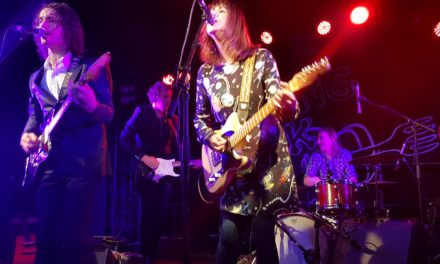