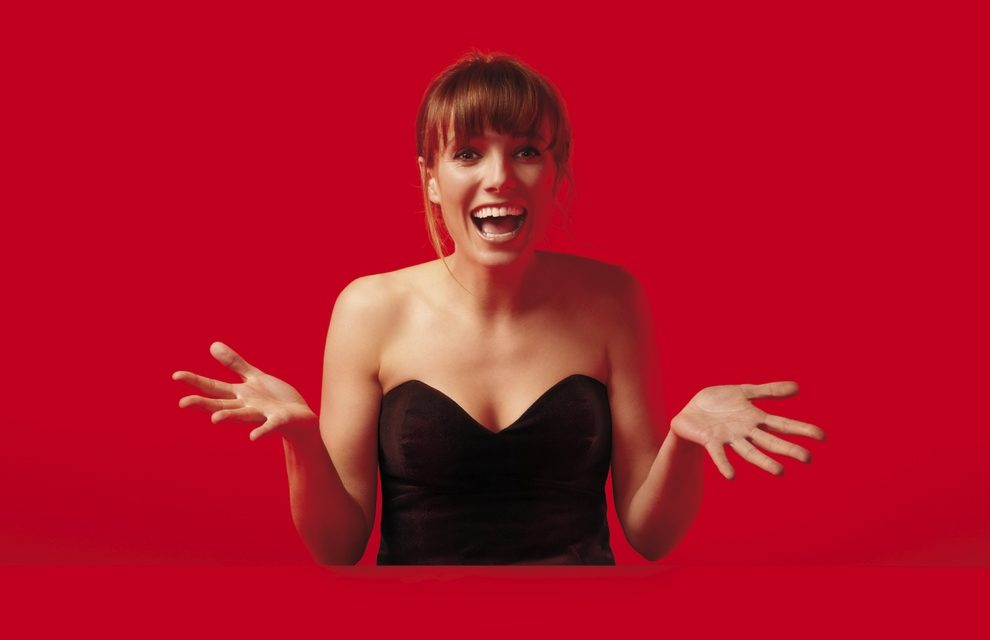 Hands up who hasn’t heard of Tinder? I mean, like myself, millions of people around the world have dabbled with the popular app with the notion of finding that perfect life partner, or casual romance, virtually, only a swipe away.

Silo’s 2014 sell-out hit returns for a new year and a new flavour. Five years on, serial dater Anna’s back on the market and looking for love in all the wrong places. Each night, she meets a new blind date, each one played by a different performer, each one a surprise to Anna.

Enter ex Shortland Street actress Natalie Medlock, who has the enviable (or not) task of taking us through the pains of meeting strangers in the hope of finding a connection, the show highlights a different side of theatre that is part ‘improv’ and karaoke, in the idyllic setting of the Locket bar

Tonight’s show had actress Olivia Tenet adding a ‘cute’ addition to the project. She was a natural, bubby and undeniably pregnant, which, for a Tinder date, is make “make or break” or a situation that would normally see the potential date running for the hills.

The Sophie Roberts directed show is unscripted and unrehearsed. Relying solely on impulse, a shot of tequila and their phones, Anna and her date are directed via live texts and calls as they put their hearts on the line and their nerves to the ultimate test. This did create a few ‘pregnant’ pauses but they handled those moments well.

Both actresses were fabulous in their roles. There was a genuine connection that made it believable. Coupled with Medlock’s rendition of her manic-anxious-boss-fucking character Anna, it wasn’t overplayed and this seemed quite a natural progression in the character, personified to the point, of being scary real.

Snarky S&M bartender Yvette Parsons was invaluable. She strutted the stage with a version of The Divinyls’s I Touch Myself, that would’ve made singer Chrissie Amphlett proud. Her script rich with sarcasm, a welcome comic relief, however, I found it hard to hear her lines on more than one occasion. This coupled with the noisy table behind me added to my listening woes, it would’ve helped if she had been aided with a mic of some sort.

I’ve always mused what it would be like to take an actual blind date to see the show. Maybe genuine relationships have been forged thanks to the Blind Date Project? It’s a tricky one this whole improvisation stage, but like the blurb says, it is after all exactly that, a ‘project’ nothing more, nothing less.

It would have been interesting to see how she would’ve got on with a male date. For one, he wouldn’t have been pregnant (funny that), and secondly, the date would’ve probably been shorter (presumptuous much?). Oh yes, that sordid world of online dating we all love to hate. God help us if the stage version of Married At First Sight ever gets to see the light of day. In the meantime, enjoy the mini karaoke version: The Blind Date Project, it’s a ‘fly on the wall’ experience that will make theatre goers cringe with dating déjà vu.

The Blind Date Project is on until September 21st at Q Theatre Loft.