The show has been brought to these New Zealand shores so you will notice right from the start, New Zealand actors putting on American accents, in a very heavy dialogue play. There is one American actor Quentin Warren, from Los Angeles, who of course was the most convincing American accent – funny that.

Mr Burns has three parts. A Post Apocalyptic event has happened in America, not detailing what, but it seems to relate to nuclear power plants that have failed and are burning in the wasteland. There is no electricity, it’s an unforgiving landscape that is regraded as the Post Electric Apocalypse. 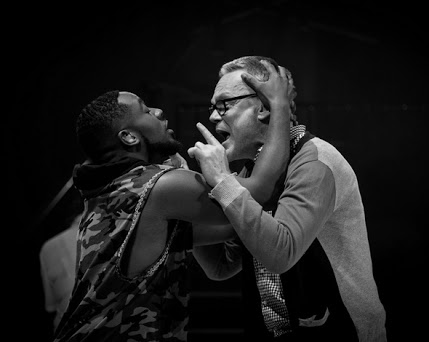 Using themes straight from Ray Bradbury’s dystopian classic ‘Fahrenheit 451’ the show instead of trying to memorise books, uses pulp pop-media in the form of ‘The Simpsons’ tv show, in particular a specific episode called ‘The Terror’. It was a Simpson’s episode that used themes of cinematic homages to the film ‘Cape Fear, and ‘The Night of the Hunter’ which starred the indelible Robert Mitchum playing the role of an evangelist preacher, a mixed role of love and hate. Of course you are wondering, “Do you need to be a fan of ‘The Simpsons’ or have seen the films I have mentioned?”. Part of me says “Yes, it is a bonus”, but also “No”, as you will get enough information needed from the play. Though that being said, it will take a struggle of comprehension as you start to navigate through the play.

Things ramp up in the third final act, the characters from before do not exist, we have time travelled 75 yrs later, ‘The Simpsons’ Terror episode is imbued in sync, and devoured into a new culture, the lines between the two alternative realities are now mixed into one crazy mindset. “Hang on” you say, “What the hell is this reviewer rambling on about?”. How can I put this? it changes tonal shift the final act is somewhat something of a wild ride, like that of the ‘Rocky Horror Picture Show’, the stage is now the reality, ‘Mr Burns’ has taken on a Frank’n Furter – esq. role, evil at heart like Side Show Bob. Actor Joel Tobeck at this stage of the night steals the show, ravishingly taking the role to campy heights. The Final act is the musical act to finish the show on a climatic end. All the actors taking their roles to exuberant heights. It certainly is one way to finish a show, on a crazy high. 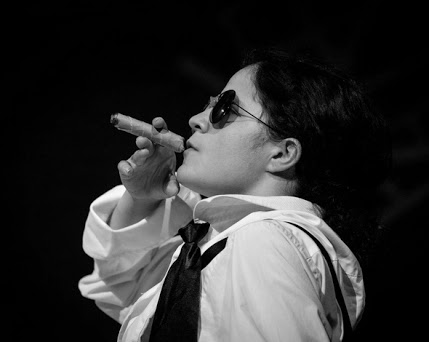 Production side of things, audience surrounds the stage, a bit like a colosseum. The stage design is incorporated into the theatre, and dressed like a disarrayed broken down theatre. A place where the characters use to hide away from the apocalypse and marauders waiting outside. In theory, we the audience, are in the the same refuge as the characters in the play.

Look I will be honest, I wasn’t all impressed by the production design, the stripped back look was a bit lost in the overall scheme of things, though I did wonder why it felt a bit like a high school production, the characters in theory creating the environment they are working in. I guess it is the void of the outside environment that is not seen, that doesn’t fulfil me enough. It may come across as a bit harsh, as the argument is “theatre is where the imagination fills the stage”. It just doesn’t feel considered enough.

Overall the cast acting was very impressive, taking on very heavy dialogue scenes, while local actor Joel Tobeck absolutely shines in the final act, which has to be seen to be believed. I’m sure Mr Burns would agree when I say, “That’s my two cents worth.” 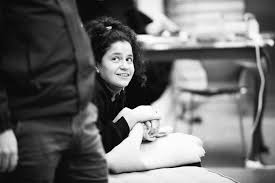 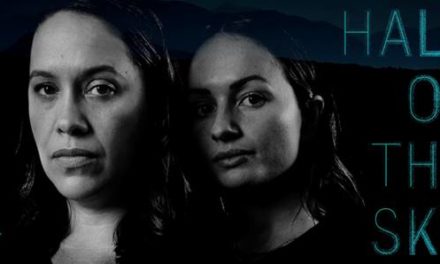 Half The Sky Theatre Review 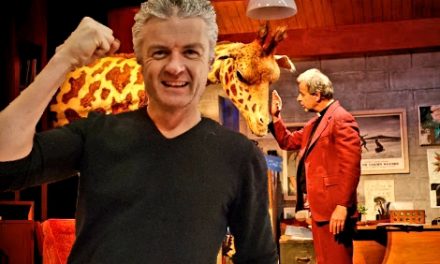 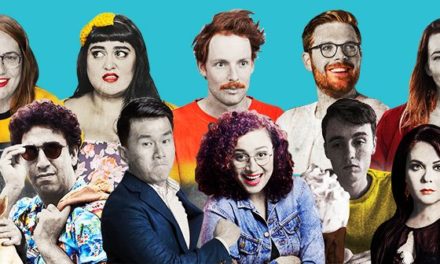