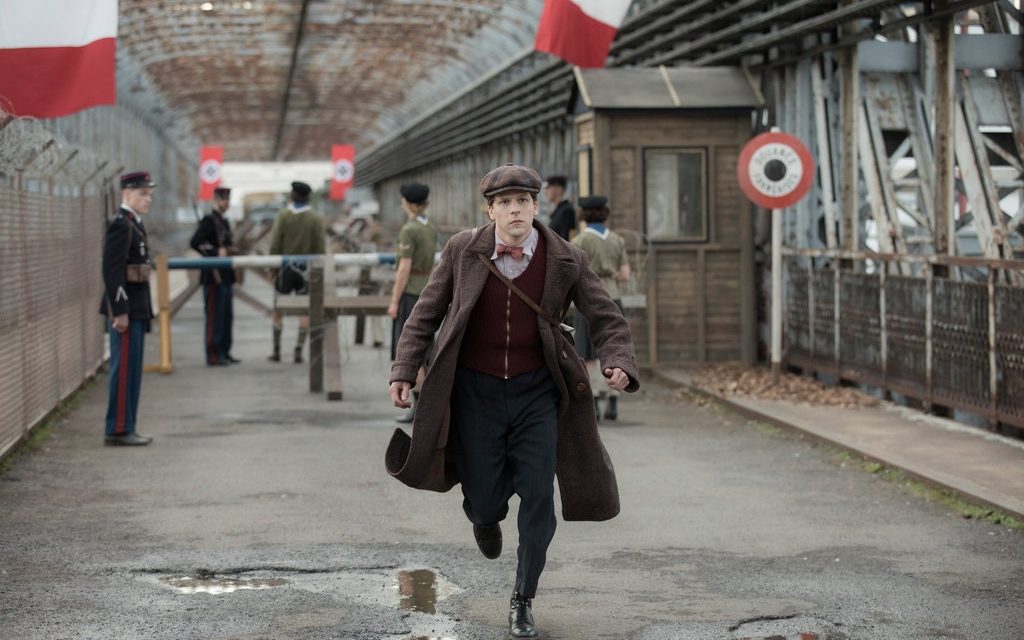 History knows Marcel Marceau as the greatest Mime Artist of all time. His dedication to the Performing Arts is known the world over, and he is recogniseable everywhere and, every country. Director/Writer Jonathan Jakubowicz’s film Resistance, gives light to what many may not know, Marcel Marceau was also a War Hero. Helping to save hundreds of Jewish children while fighting with the French Resistance, the film concentrates on this period of Marceau’s life while he fought under Nazi occupation.

Hollywood actor Jesse Eisenberg (that accent!) takes on the enigmatic role of Marcel Marceau. Playing the role of a Jewish Boy Scout, he takes care of young Jewish orphans, and eventually ends up joining the French Resistance. Through the art of mime and entertaining children, Marceau helps the children navigate through the difficult Nazi occupation of France. The important part of this film is of course is Eisenberg’s portrayal of the famous ‘silent clown’. I must admit, I was surprised see Jesse cast in this role, but it doesn’t feel to me like the right choice. Actually, something inside me wishes it might’ve been better to have had a French actor. I wasn’t fully convinced of the nuance of Eisenberg as Marceau, to me he seemed too neurotic in candour and performance!

Now, if we can put aside these comments then there is a film here that is a rather poignant, dark and somber tale. There are a couple scenes that really have emotional punch, they play a reminder of a very dark time. It is definitely interesting to have a story of a man that is renown for enlightening the human heart through the craft of Mime, and then have a film that shows frankly the opposite, the despair and sadness of War. That being said, the film provides a direction towards hope, if not maybe a bit on the melodramatic. I am not quite sure the film gave me enough bite to know the person Marcel Marceau, but we do get the inkling of a War Hero, and the presence of some very troubling times.

Resistance is a conundrum of a film for me, I actually learnt things I did not know of Marcel Marceau, his amazing background, his Jewish heritage, how he got the name ‘Marcel Marceau’. His mindblowing story of being a war hero, and helping save the lives of hundreds of orphaned Jewish children is great to watch. From such despair, to a man that brought so much joy to thousands upon thousands of people throughout his life, is admirabe, but yet, I am left feeling I did not get the ‘real’ person of Marcel Marceau. There is an incredible story of a man, that deserves recognition. The film succeeds in revealing the horror of the Nazi forces and the atrocities committed during that time, but this wasn’t fully elevated by the portrayal of Eisenberg’s character. This brings me back to Jesse Eisenberg as the actor, the two do not fully combine to work in the narrative. The ‘resistance’ unfortunately was more a feeling on my behalf than the film’s intended box office effect. 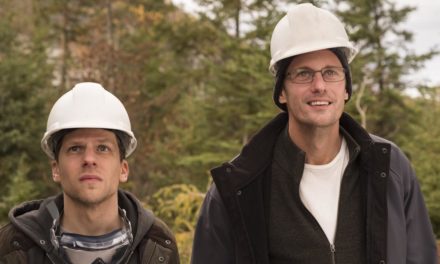