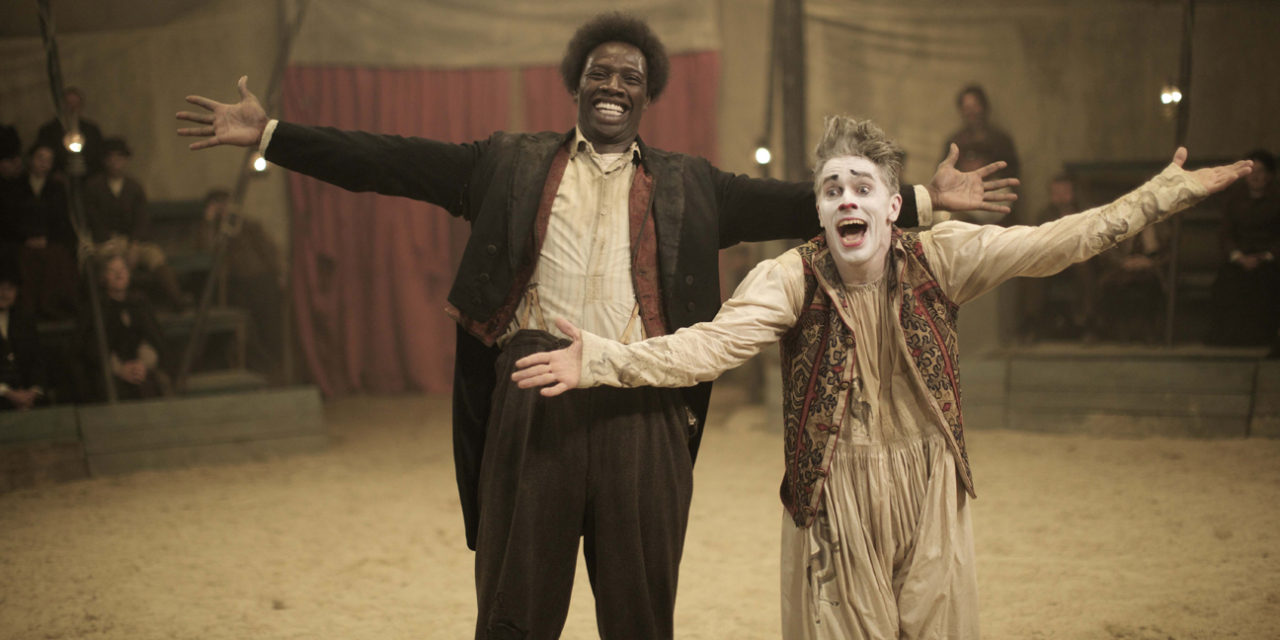 Monsieur Chocolat lands us in rural France around the turn of the century. The head of a travelling circus troupe watches on, stony faced, as a clown runs through his routine. He taps his foot impatiently. “It’s the 20th century” he exclaims afterwards. “New is in.” We get it. “New” our clown is not. Fortunately for said clown, what he lacks in edge he makes up for in bright new ideas.

English clown George Foottit (James Thierrée), is savvy enough to click that one of his circus mates, a black performer, ‘Kananga’ (Omar Sy), whose knowingly faux-cannibal act has the well-to-do French audience clutching at their petticoats on the regular, could be just the ticket. And there we have it. After some initial reluctance, Foottit manages to convince Kananga to join forces and become a duo; Foottit ‘flour’ and Chocolat ‘chocolate’.

The act is a roaring success, and the two are quickly whisked away to Paris to perform for the crème de la crème of French society. The performances are where the film really finds its feet. The physicality of both ‘flour’ and ‘chocolate’ really are something to behold. The thing is, though, the act plays up audiences’ prejudices for kicks.

Chocolat is the bewildered black simpleton, constantly frustrating and ‘having his ass kicked’ by his hapless white master – undeniably queasy to a modern audience. The film knows this, showing us shot after shot of raucous audience laughter, challenging us to follow suit in finding ourselves charmed by the charming pair – despite the insidious evil that lies behind the act.

The payoff comes eventually. For all its glitz and glamour, Paris brings a whole new set of pressures – and a new set of temptations. A gulf opens up between Foottit and Chocolat, as Chocolat begins to rail against the persona imposed upon him in his performances, but also outside them. Eventually, laughter turns to unrelenting despair as the realities of the time enforce blow after crushing blow.

The film’s use of the duo as a proxy critique of French race relations is clever at times, even powerful, but also a little clunky. A shot of Chocolat attending a rural circus troupe as an audience member, tables turned, and reacting in horror at the treatment of black circus performers like himself plays too on the nose to be truly effective.

It’s perhaps also guilty of trying to cover too many things at once. A romantic sub-plot is thrown into the mix, confusing matters. The film doesn’t ship the happy couple with any real conviction, either. Instead, it short-cuts the plot-line by making its leading lady aggressively likeable (she’s a nurse for starving orphaned children) to cover over any (gaping) holes in character development.

Unfortunately, and more crucially, the film makes a similar misstep in its –limited – exploration of the relationship at the centre of the story: that between Foottit and Chocolat. The film hints at it, but never really delves deeper, meaning its closing denouement doesn’t quite live up to the ambition of the moment. Nevertheless, the film is interesting – and important in shedding light on a long-forgotten but fascinating story.

Out in cinemas June 29th 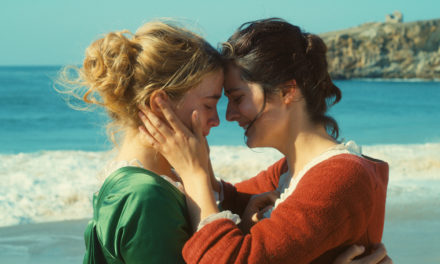 Portrait Of A Lady On Fire Film Review