Currently there are around nine thousand deaf people living in New Zealand whose lives are filled with anecdotes of humour, frustration and yes, loss. Read My Lips, the second original work from the multimedia Embers Collective, brings those stories provided by members of the Auckland Deaf Community together to the stage in a heart-warming piece of theatre that is fully accessible to both the hearing and deaf.

Featuring Leane, Eden and Val, three beautifully strong female characters played by Shelley Waddams, Embers Collective co-founder Ashleigh Hook and Monari Falepeau respectively who devised the work themselves along with producer Georgia Hoskins-Smith, Read My Lips takes the audience through the trials and tribulations of everyday life that the trio of friends face as they learn how to communicate with one another again after Val contracts Meningitis as a child and becomes deaf.

The characters cleverly use both basic props and multimedia such as an overhead projector to illustrate their journey as they grow and shake off their childlike forms, emerging on the other side as three young women finding both their way and who they are in the world while all the while maintaining and developing this special bond that they share. Spice Girl dance routines, the despair of Val’s father never learning to sign and Mortal Kombat style challenges between Eden and Leane as they continue to learn and challenge themselves in becoming fluent in NZSL (New Zealand Sign Language) feature throughout the performance.

“In her stage debut Monari Falepeau as Val is brilliant, her story as a deaf woman in today’s society told with a fierce grace”

Hilarity ensues as Leane and Eden affectionately goad each other’s NZSL failings such as accidently complimenting someone’s bra rather than their top thanks to a misplaced hand movement; their desire to continually expand their sign vocabulary speaking volumes of the adoration they have for their friend. Ultimately this is the underlying theme of Read My Lips, the love and friendship that the women share between them; the real-life bond between two of the players off stage shining through like a light in the darkness and adding a shimmering thread of jubilation throughout. No doubt due to opening night nerves, the performance does feel a little rushed in parts, but the sheer exuberance and physicality of the players – especially the spirited Waddams as Leane – is so utterly joyful that they are often met with a wall of smiles beaming back at them.

The musically backed visual pieces are again simple but effective, each one adding unspoken dialogue to the story in a creative way; a live painting scene conveying more than even the most masterfully scripted words ever could about the emotions that sometimes surround a deaf person just trying to complete the normal activity of ordering a burger combo in a hearing world.
In her stage debut Monari Falepeau as Val is brilliant, her story as a deaf woman in today’s society told with a fierce grace as she at one point kindly admonishes Leane – who has demanded that Val increases both her home and personal security now that she is deaf – letting her know in no uncertain terms that she will not let her disability stop her from living life. Waddams and Hook bring an energy to the stage that is contagious, working off each other they intermittently break the fourth wall with amusing results while periodically signing or translating by voice (as the two hearing performers) and written word for Falepeau.

Read My Lips is refreshingly lively and genuinely honest in its tone; it’s accessibility to those in the community whose stories it tells designed with an affecting charm that should be highly commended. More please.

Read My Lips On Until July 27th Basement Theatre 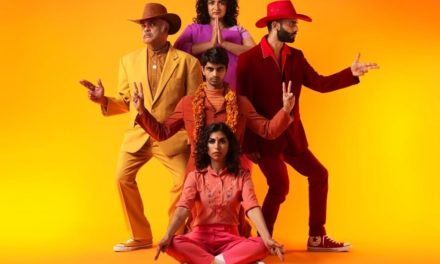