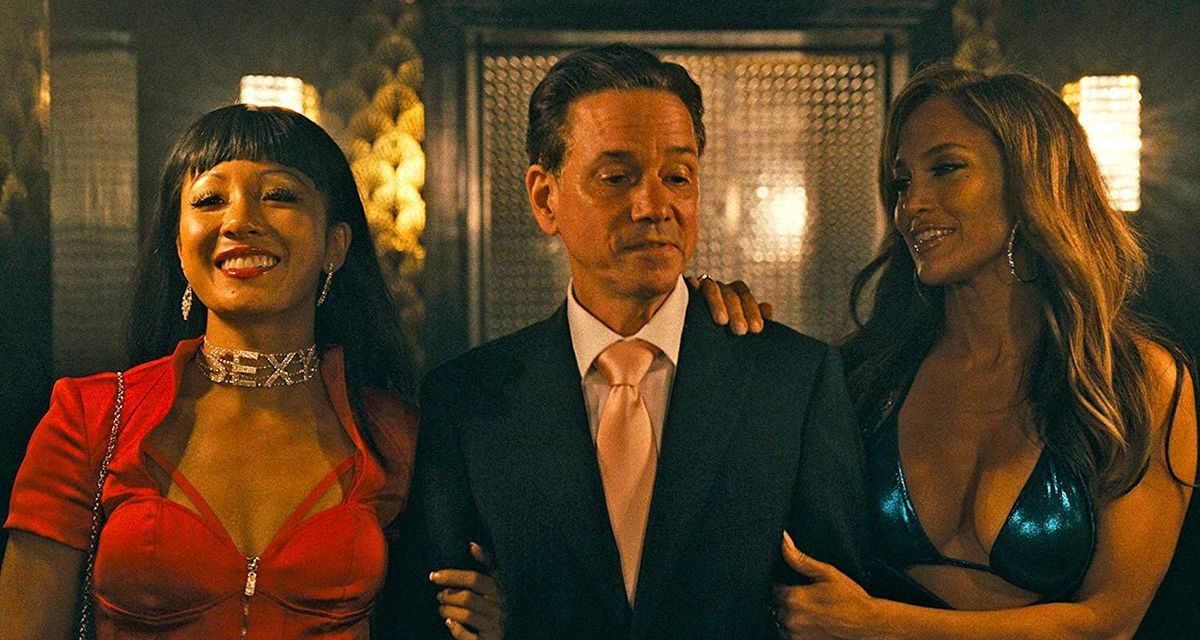 “The addition of a couple of the latest queens of the music scene in the form of Cardi B and Lizzo, adding a much-needed sprinkle of relevant spice”

Based on a true story, or more specifically a 2015 article in New York magazine entitled ‘The Hustlers Score’, Lorene Scafaria soon has the audience cheering for the exotic dancer sisterhood with her stylish cinematic offering of Hustlers.

Starring Crazy Rich Asians’ Constance Wu (Destiny) and the incomparable Jennifer Lopez (Ramona) as the main protagonists, Hustlers manages to pull off being a fairly entertaining watch while exploring not only the camaraderie between women – especially the relationship between Ramona and Destiny who are also mothers to daughters of their own – but how the financial crisis of 2008 hit those just trying to make a living in the industries least thought about, the hardest.

Faced with a battle for survival, the girls of the Moves strip club soon find a way to keep the money rolling in, even if that means crossing a serious line. A cinematic crime drama, comparisons to films such as Goodfellas have been unavoidable, however unlike the Scorsese classic, Hustlers suffers a little under the burden of overly repetitive scenes and at times one-dimensional characters; the addition of a couple of the latest queens of the music scene in the form of Cardi B and Lizzo, adding a much-needed sprinkle of relevant spice.

Despite much of the film being set within the club, the combined direction and cinematography of Scafaria and Todd Banhazi prevents it from ever tumbling into the territory of tasteless voyeurism and in fact nods to not only the athleticism, but tireless work ethic required for the job role. And while money may be the root of all evil no matter which side of the fence you sit on, greed the undoing of both the victims and the perpetrators in this New York tale, Scafaria again is careful when walking that fine line; the story moving from glamorization and justification of the felonies, to watching as plans slowly unravel. Deception bringing about the ultimate downfall, consequence the only thing waiting at the bottom of the cliff.

With some excellent acting in the supporting roles from both Lili Reinhart and Keke Palmer not to mention the legendary but sadly underutilised Mercedes Ruehl, Hustlers is sure to be a hit, if not just for watching Jennifer Lopez steal every damn scene she appears in. From the moment she slides down a glittering pole under a literal shower of money to a decidedly Breaking Bad moment of cooking drugs in the kitchen of her penthouse apartment, each moment of celluloid is effortlessly owned and then tucked away inside her Louis Vuitton handbag.

Hustlers is a film that features one stunning and diverse group of lionesses, and none roars louder than J.Lo herself. Hustlers releases in New Zealand in theatres on October 10.