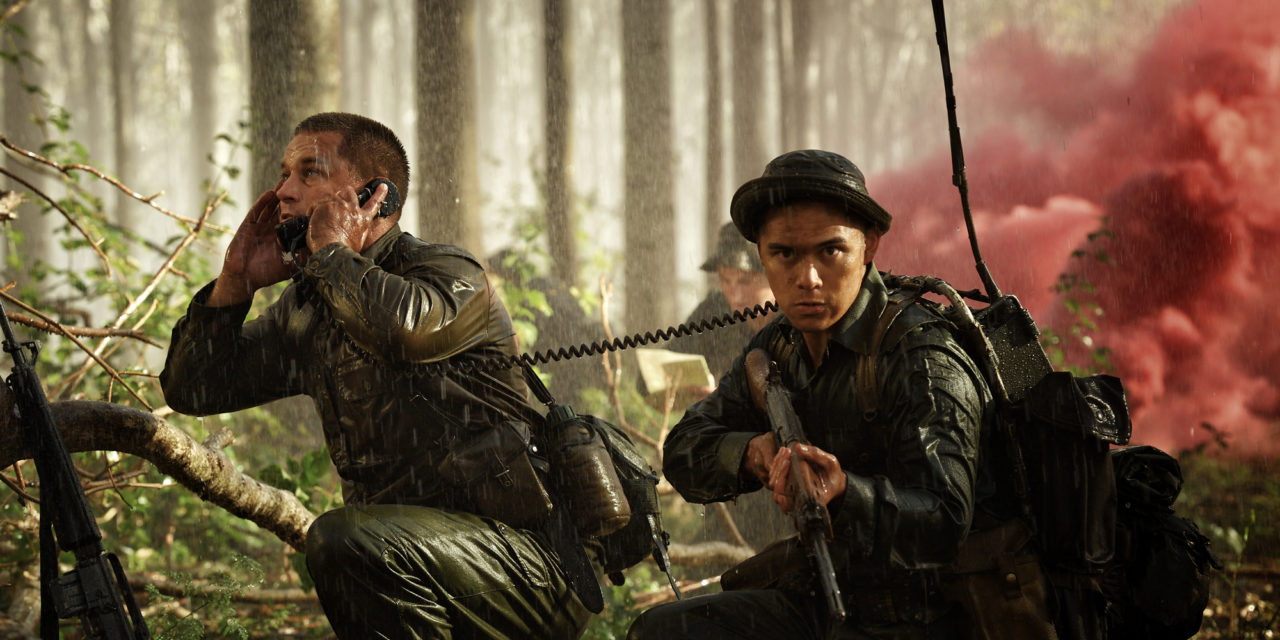 It was one of the most significant battles in ANZAC history during the Vietnam War; one hundred and five Australian men along with a three-man New Zealand artillery team holding down position in a rubber plantation near Long Tân (Phước Tuy Province, South Vietnam) while wave after wave of two thousand Việt Cộng and North Vietnamese soldiers descended upon them from all three sides.

Bringing the against all odds story to life on the big screen has been something that many Australian Vietnam veterans have been waiting for, the finished product certainly admirably polished even if it does appear to gloss over the sheer futility of war in favour of telling the story of a group of men who through sheer grit, determination and a camaraderie quite specific to ANZAC culture miraculously saw ninety of the original group return to base.

Directed by Kriv Stenders of Red Dog fame who took over the project from Bruce Beresford, Danger Close: The Battle of Long Tan begins at night with the ANZAC operations base at Nui Dat being attacked and in typical and rather amusingly Aussie fashion, it is viewed more as an annoyance than anything else. Shells are expertly deployed, and the enemy falls quiet, but everyone knows that won’t last for long. The next day, August 18th, 1966, Major Harry Smith (perfectly played by Travis Fimmel of Vikings fame) and 108 ANZACS hauled out to Long Tân, the platoon soon broken up into groups and quickly finding that their simple recognisance mission is instead going to be the fight of their lives thanks to an underestimation of the enemy’s numbers.

“As war movies go, this is certainly up there, the writers choosing to steer clear of political statements and focus more on the relationship between the men themselves.”

As war movies go, this is certainly up there, the writers choosing to steer clear of political statements and focus more on the relationship between the men themselves, homing in on certain characters and their individual stories from which they draw the strength to carry on. In particular the story of Major Harry Smith himself; nicknamed the ‘rat-catcher’ his company finds him arrogant and pedantic, his initial behaviour certainly not drawing empathy from the audience. But as the story unfolds it becomes clear that there is far more to the Major, a man who is tasked with keeping a bunch of amateur soldiers (the average age of the platoon was a mere twenty years) alive long enough to get them back home again.

The film features some recognisable faces, including Luke Bracey (Point Break, Hacksaw Ridge, Home & Away), beloved Australian actor Richard Roxburgh and Nicholas Hamilton who has already made an impression in the blockbuster film realms with his portrayal of the bully Henry Bowers in Andy Muschietti’s 2017 Stephen King horror, It. But it also features many unknowns, chosen more for their similarity to the men they are portraying whose photographs feature during the closing credits. This move is to be applauded as it reminds the viewer that these were not only real people but very young men, thrust into the middle of unfathomable conditions; the decision to use such a cast eliminating that typical ‘Hollywood’ element that many war movies feature where every soldier looks like a model wearing a uniform for nothing more than his next photoshoot. The enemy on the other hand are represented as faceless hordes, reduced to no more than a never-ending wall of targets; while this in some ways is frustrating, it is also a relief that they are not depicted in a scathingly derogatory way either.

Special effects are kept to a minimum, but by no means does the film come across as cheap; spectacular views of precarious ammo drops from helicopters and APC’s racing across late afternoon sun kissed fields keeping audiences engaged. As do the firefights, which are never overly gruesome, yet do not shy away from death either; Ben Nott doing a suburb job with some of the slow-motion action scenes that are visually intoxicating.

While the film does have some predictable set-ups – characters who divulge heart-warming details about their lives the first to die – solid acting, outstanding visuals and a distinct ANZAC flavour, make Danger Close: The Battle of Long Tan compelling viewing.