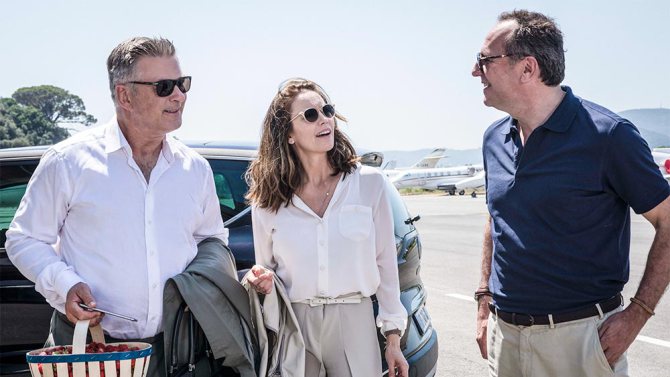 Choice is a beautiful thing to have, but what if you had way too many choices?

What would you choose? – Brie de Meaux, Camembert, Munster, Livarot or Boursin?

I shall stop listing those fancy French words and get to my point. If you had to choose among those beautiful French cheeses and wines, of course you would try everything! When you are in France, ‘choice’ is a non-existent noun.

That is exactly what our character Anne (well played by Diane Lane) had to face. She decides to catch a ride to Paris with her husband’s business partner, Jacques (flirtatious Arnaud Viard). She puts an incredible effort trying to hide her interest for that French man.

When you go on a road trip with a French man, you have to be cautious of things you do with him. Once they see an opportunity to ‘blow your mind away’, they don’t stop. In just couple of days Jacques did everything that Anne missed out on during her 21 years of marriage. As a woman, I can assure you those creatures love extra attention that they cannot always receive during marriage.

Once they see certain attempts to be impressed, those fragile hearts will be easily seduced, unless your husband is a champion and gets everything right. Most men do know how to make a good solid impression, once the relationship flows into marriage, that might be a different story.

Anne was seduced (not literally) by Jacques’s attention. His actions were almost intimidating to Anne, but he got to the bottom of her heart. Arnaud’s Viard character for sure was not my favourite, he is a little cheesy (French after all, right?), too predictable, idealist, and way too expressive. As an actor, he has done well emerging those characteristics into the life of his character.

We all remember Diane Lane when she escaped the reality by buying an abandoned villa in Tuscany, and falling for a hot Italian macho Marcello, and we all know how the story ended. I adore the character she played in “Under the Tuscan Sun” film. It seems to be the trend for her to fall for European men. She is very natural and elegant actress, European environment suits Diane.

Alec Baldwin showed his busy nature by featuring for the first 10-15 minutes before he disappears completely until he leaves a voice message for Anne. We can only assume he was genuinely worried about letting his Frenchie business partner to take care of his wife.

Eleanor Coppola, the director of this film, decides to let our imagination go wild after the final scene. Was she feeling guilty? She probably was considering she is a married woman. Was she happy? Damn right, she was. Jacque has created an unforgettable memory for Anne, which worked out in her favour. She knows what she wants now, and no doubt her husband will respect her voice that demands to be happy.

So, would you prefer Brie de Meaux or Camembert? Chateau d’Yquem Sauternes or Domaine Romanée Conti? Long marriage with your wealthy husband or a day trip with his business partner? It is for you to choose, until then… Paris can wait