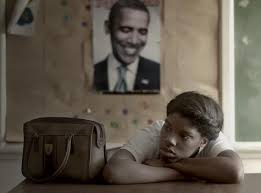 This is an excellent and highly emotive documentary film. For Ahkeem follows the life of a Black American seventeen-year-old girl, in St Loui Missouri, a city which has the highest level of school suspension and expelled students in the USA.

Beginning one year before the fatal police shooting of a Black teenager in nearby Ferguson, Missouri, For Ahkeem is the coming-of-age story of Daje Shelton.

The film’s outlining theme kicks off in a court of law, the seventeen-year-old finds herself facing the Judge with her mum, she is being suspended from school for bad behaviour.

The Judge hits the jugular, sharing about making “Decisions for your life”. At this poignant moment, she is now in the state hands, as the viewer we watch and hope that she must find for herself what choices will be made in her life, and what direction her life will take.

She is sent to a court-supervised Innovative Concept Academy, which offers her one last chance to earn a diploma. She is now in the state system, a special school for those needing decisions made for them.

The film earnestly follows the journey of Daje, as a young black women battles coming of age into adulthood, her plight living within a ‘system’ riddled with consequences, that appears to fail others like her.

Questions arise of ‘future dreams’ and ‘getting out’ of the neighbourhood in search of a better life. watching the documentary, we see her face challenges, frustrations, and missed opportunities – asking ourselves the question, “Why?”.

I feel this an important film, not only for Americans but for everyone. For Ahkeem is a film that shows the reality of the ongoing situation in impoverished communities, it strikes the heart evoking the questions that must be asked.

For Ahkeem highlights the important work people are doing in our communities, the plight and frustrations of black American teens graphically portrayed.

I fully recommend this film. We all have decisions in life, but who is going to be making them for us?
As a seventeen year old mother explains to her daughter, “You can be whatever you wanna be”, from watching this film I’m thinking, “but how?”. 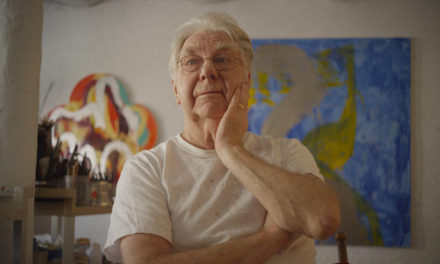