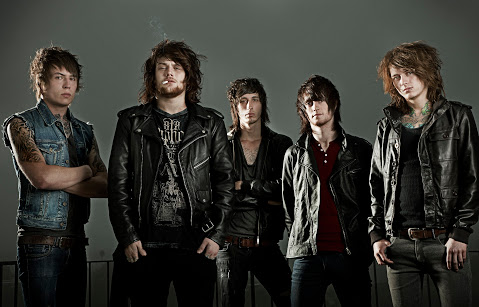 Guitarist Ben Bruce from metalcore band Asking Alexandria is in good spirits considering he’s about to embark on tour with the band soon for the new album The Black. He’s also been busy filming a new Hollywood movie called American Satan. “I’m not too bad I’m about to jump on a plane and head your way” he says down the phone in a thick English accent. “I just landed in Phoenix Arizona today been in Hollywood for the last three weeks filming a movie – its brutal mate, I’ve had about two hours sleep in two days”

The yet to be released film follows a young rock band, half from England and half from the US, who drop out of college and move to Hollywood’s Sunset Strip to chase their dreams. “It’s basically a rock n roll thriller movie” says Bruce. “It’s my first role in a movie and I was fortunate enough to get one of the leading roles in the film, I got to work alongside people like Malcolm McDowell (Clockwork Orange) and John Bradley from Game of Thrones. There was a bunch of names in the movie it was just a really good time”

We chat about the recent T20 World Cup loss to the English against the Black Caps in the semi-finals, thwarted at the last hurdle so to speak after a promising star to the world cup campaign while the English narrowly nudged out of the final this morning by The West Indies. “So, what you’re saying if we do go out for a drink expecting a leisurely stroll through town, we might actually get the shit kicked out of us? Dammit, I’ll bring my pads” (laughter)

Bruce is adamant that he is just ‘really lucky’ however as well as acting the versatile guitarist also plays in one of the most popular rock bands in the world, they have their upcoming NZ gig at Auckland’s Powerstation tomorrow, then an extensive tiki-tour around Australia to promote their brand new album The Black

“Normally when we release a new album we start in the States or The UK” he confesses. “We toured Australia about three times and we fell in love with it and we got to play NZ for our first time only time a couple of years ago, we fell in love with your country. We enjoyed it so much we thought ‘why don’t we do something different with this record and do the first tour of the record over in your territory?’ we’re excited about and it will be the first time we’ll be over there with our new vocalist, so he’s super excited”

Last year amidst controversy, lead singer Danny Worsnop announced his departure from the band to focus on his new band We Are Harlot.. Fans reacted to news in distress as they believed he was essential to the band’s sound, while others were not surprised by his career move, some going as far to say he performs better with his new band We Are Harlot than he did with Asking Alexandria – Bruce is pleased with the decision to go with Ukrainian metalcore singer Denis Stoff from the band Make Me Famous who sounds as if he’s been in the band forever

“Actually incredible if I’m honest” he shares audibly excited. “Changing vocalists in the band is like taking a few steps backwards and trying to build up again. Somehow we’ve managed to keep grinding upwards from everything, I’ve been reading online & from what bands have been saying to us at shows, this could well be our biggest and most successful album yet – so that’s incredible”

It’s going to be a crazy year for the band, who have just finished supporting British metal band Bullet for My Valentine in North America, dubbed the ‘British Invasion tour’ before heading our way to see fans, the boys keen to sample the local fare and hang out with locals

“Normally when were over there it’s been part of a festival or Soundwave in Australia so not much time to hang, but this tour I think we’ve got a day or two between each show. I think the reason we fell in love with New Zealand & Australia is that it seems so much more laid back than the rest of the world. While everyone’s racing around a million miles an hour you guys are just wandering along smile on your faces loving life, and it’s just a laid back relaxed atmosphere. So you know, were definitely going to be checking out some restaurants, bars, explore and drink up the atmosphere”

Growing up many musicians dream of playing alongside their idols, the likes of Motörhead, Slayer and Slipknot, their music Bruce says “should be a part of everyones staple”. While not many people have the opportunity to be on the same bill let alone meet them it’s a reality that Bruce ponders without flinching, even a chance meeting with legend Lemmy from Motörhead before he passed away

“The funny thing is it’s the opposite of what you would think” He says. “When we tour with bands in our generation there tends to be, not on our part by any means, but there tends to be a lot of animosity a lot of competition and shit bogging on each other and it’s not as much fun. Then all the older bands we’ve got listening to, like Motörhead like Slayer they’ve all been the opposite. They’ve all actually been fans of our band and very supportive of us, we’ve actually made quite good friends in a lot of these older bands we look up to. They come up to us and say “My daughter/my granddaughter introduced me to you guys, I love what you’re doing, can I get a picture?” – so it’s really nice to see how humble a lot of these bands are and how much they support young up & coming rock bands”

Band Of Magicians – Get ‘Freeky Deeky’ With Wal 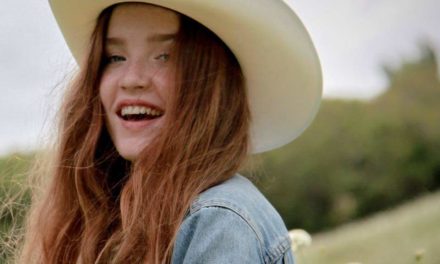