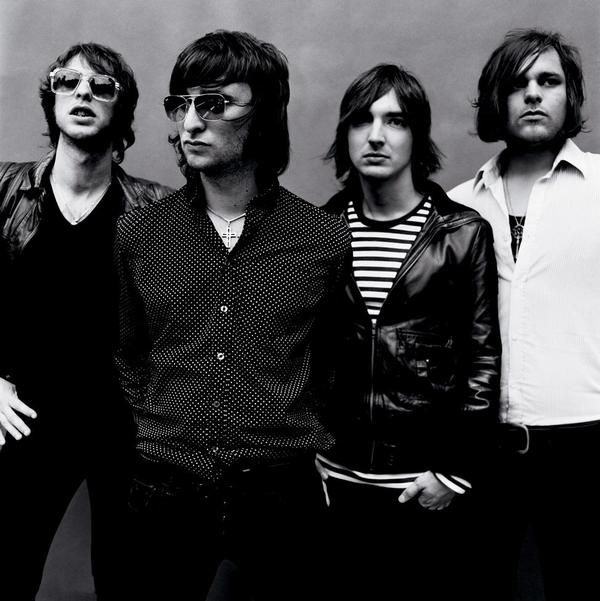 Australia has its fair share of mega rock bands.  Steeped in Ozzie rock-folklore, groups like ACDC, LRB & Cold Chisel are well known the world over, you could probably also add rockers Jet to that ever-burgeoning list.

“I’ve never met Donald Trump,” says drummer Chris Cester, prompted by my question about ‘Life in America’.  “I remember shaking Bill Gates hand and thinking it was the worst hand shake maybe ever, you would think a guy like Bill Gates would have a pretty stand up handshake, but it was like a dead fish.”

With hits like Are You Gonna Be My Girl, Cold Hard Bitch & She’s A Genius, the Melbourne group, have had considerable international success and now says drummer Chris Cester, have announced they will be reforming with “All the dudes.”.  The band are supporting the ‘Boss’ Bruce Springsteen on the opening leg of his word tour; good news for Kiwi fans, stopping here next week in Auckland & Christchurch.

“We’ve been getting offers, our last show was in 2010,” says Cester.  “I suppose we had to have an offer that was exciting enough to make us want to do it, then we had this opportunity to get together and play with ‘The Boss’, I think it was an offer we couldn’t refuse, you know?

“We added a Sydney show reunion, it would probably scare the shit out of Nic (laughter).  I don’t want to speak for him, but, I think that’s the part of it that became really difficult in the end, it was just the constant cycle and not quite feeling you had any control over it. Now everyone’s excited again.  Playing with Bruce Springsteen I think, is something we can all agree is a pretty fun thing to do.”

Jet was started by Melbournian brothers Nic & Chris Cester, they were influenced by early Aussie band You Am I, got together with mates Cameron Muncey and Doug Armstrong in 2001.  The group wanted a name that “when it showed up on festival advertisements, it would be large and bold in print.”

“Playing live, that’s the thing I miss the most.” He ponders.   “I’ve been arguably more creative in the last six years than when I was in the last couple of years with Jet; that creative side is quote “full”.  Playing live, is something that once you’ve done it at a certain level, it’s an addiction. It’s exciting, that’s the bit I’ve missed.

“My favourite song to play live is probably Put Your Money Where Your Mouth Is, I just love the explosive nature of it. It’s just four on the floor, there’s nothing more fun than just hammering it out, just driving it home, ‘four on the floor’ style.”

One of their biggest singles Are You Gonna Be My Girl has been compared to Iggy Pop’s Lust for Life, its use of the same chords is about the only parallel drawn to tune, the rest unfairly grounded.  Actually, Cester fondly recalls the time him and the band famously, once met Mr Jimmy Osterberg aka Iggy Pop.

“The Iggy Pop thing is a good place to start.” He laughs.  “He’s a really surprising character, I didn’t expect to find somebody so eloquent with such a fantastic memory. He told us some great stories and his memory was incredible. He was remembering people’s names at our record label from the 70s, that was a surprise because the things we knew about him, before we met, were just the drugs and the mad days like driving his car off a canyon into a house.  He wasn’t what I was expecting that’s for sure.

“We did three takes of the Wild One and on the second take he took his shirt off – At lunch time he said “I’m hungry, let’s get a sandwich” he took us to this great Cuban Sandwich shop, he lives in Florida in Miami and he said “Who’s coming with me?” so I put my hand up and Nic.  We got into his Maserati and there was a good portion of the trip where he’s driving in the incoming traffic lane and he’s looking over at me talking, and I was thinking “Jesus Christ, look straight ahead!”

One of their biggest hits Look What You’ve Done was grinded out in “five minutes.”  “My brother wrote that song,” adds Chris.  “To be honest, I couldn’t tell you what it’s about, I never asked him. You just made me realise, I have no idea what one of our biggest songs is about. (laughter)

“I know, that he thought it in his head first, then it all came out really quick. I find that’s how the best songs happen, just really quickly.  They’re the ones you don’t fuss over or sit around and tweak for a month – otherwise they get complicated and lose the original message.”

Cester has been busy.  He’s lived in L.A for thirteen years, a city he says “It’s a transient place, no one who lives here, is from here.”, a true Aussie, Cester is never too far from getting his ‘footie’ fix, saying “We’re all Melbourne boys, so we follow The Magpies AFL.  I watch them every day, most weekends.”

He had a band project called Damndogs while the group were on hiatus with Jet’s bassist Mark Wilson and touring keyboardist, Louis Macklin.

“I stopped doing that when our bass player Mark Wilson left, Louis and I continued together but we changed, we have a new project now its called Mystic Knights of Amnesia,” the band name supposedly penned by Oasis’s Noel Gallagher and texted to Cester.

“It’s off the wall it sounds nothing like Jet, its more in a psychedelic realm you could say, but it’s so melodic, think ‘Bee-Gees Psychedelic disco’.  I never really figured out what it looks like because the two of us, Louie and I, are writing all the music and I sing, also, we haven’t released anything, we haven’t worked out how the show would work.”

Cester is reflective, recounting the ‘golden days’ when the band were in a ‘healthier’ state citing “We don’t really talk about old things, and I think that’s probably been the key factor, getting it to the point where we actually want to go on tour together again.” It’s that ‘key’ that has opened up a new life not only for the band but also for their fans.

“Well, a couple of us have kids now, so that definitely changes things. We spent enough time apart now to where any old feelings or past disputes amongst us have been buried over time. We don’t really speak much anymore.  When I speak to my brother we have an ‘unspoken rule’ where we don’t talk about music very often, and if we do, it’s to talk about our music projects that we’ve been working on.”

As well as being a drummer, Cester also has song writing credits on songs like Shine On & Bring It on Back, his collaborative approach offset by his strong penchant to writing ballads like Timothy, the expectation for album number two Shine On, had an enormous task to match the success of their debut album Get Born.

“I think that everybody is really proud of that record because it was a really difficult one to make,” says Cester.  “Obviously with dad dying so young, that being such a huge shock to everybody – nobody saw that coming. At the same time, there was a lot of pressure on the band from the label because the first record had been so successful and at the time, everyone was saying the music business “Was done” and” It was impossible to have big records and make money” and yet when I look back at it and compare it with the music business now, it’s like a thousand times worse.

“It actually makes me feel like those were the good old days.  I remember the time there was a lot of pressure and I think our label Atlantic in particular were having a rough go, and I think there was an unspoken expectation that the record was going to save everybody.  It didn’t sell as much as Get Born but it still did really well, I think it’s a better record personally.” 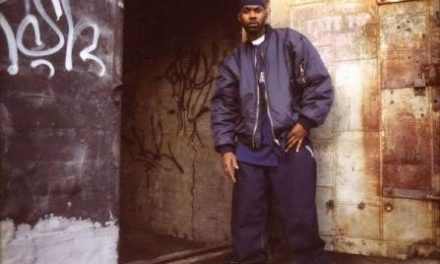