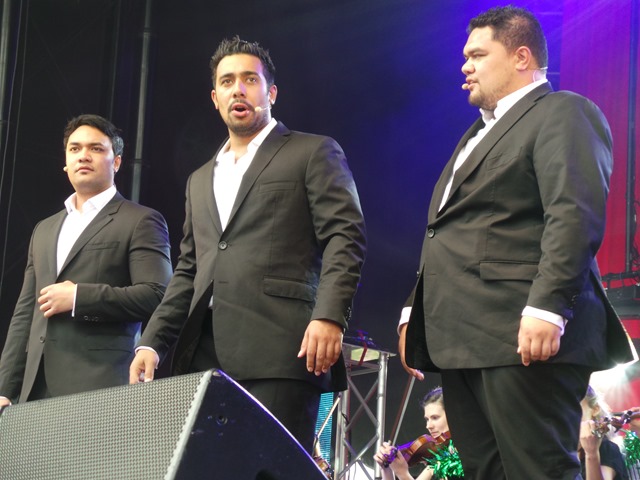 Sole Mio at last years Christmas In The Vines

It just wouldn’t be Christmas without Sole Mio, Christmas in the Vines. Brothers Pene and Amitai Pati together with cousin Moses Mackay singing together again after going their separate ways to concentrate on their solo careers.

The popular trio reunited in this special setting, the annual event fast becoming a festive tradition for many a Sole Mio fan.  Always at the at the mercy of the weather gods, under the sweltering Auckland weather, the vineyard was picture perfect, the sound of Operatic ringing around the stunning Villa Maria backdrop.

“Welcome to South Auckland,” said tenor Amitai Pati, “I bet some of you are checking to see if you’re in the right place?” he cracked at the conspicuously middle-aged Pakeha audience.

“We brought the sun with us,” quipped brother Pene Pati, “And, we’ll take it away when we leave.”

Sole Mio shows are unique, their whimsical playfulness and showcase vocals equally matched by their parochial Samoan roots adding to the charm of the show, however one disgruntled fan behind us could be heard shouting “play some Samoan music.”

This years Highest Selling Album  – Vodafone NZ Music Award recipients, were in fine form as they talked their way and entertained the sold out crowd.  With Christmas classics like Mistletoe & Wine, Jinglebell Rock and as Pene put it “here’s one we can all relate to,” launching into Winter Wonderland.

Who could forget a few years back, Pene Pati proposing to then girlfriend Egyptian-born Amina Edris a couple of years back live on stage, or the incredible amount of vocal talent who have shared the stage at previous Vineyard outings?

“I am the fourth Sole Mio” joked Stan Walker as he provided some amazing vocal gymnastics on Oh Holy Night & Leonard Cohen’s Hallelujah, his soaring vocal range working well with the boy’s operatic vibe while the guests providing a more contemporary edge to this year’s concert.

The crowd also in fine form, vocally accompanied the trio, as carol after carol was reeled off. The audience sensing a fantastic night we’re not disappointed as legendary stalwart Dave Dobbyn joined the boys for a stirring Little Drummer Boy, while Runga obliged with Silent Night dodging the boys ‘sway’ wisecracks.

Dressed in a resplendid dress, Hollie Smith took the stage remarking “I feel like I’m in a Disney movie, ”as she tore up the stage with a rousing rendition of Blue Christmas.  It was sung with a gusto as if the song was written for her, at one stage the boys were taken back as they stared on.

I’d say it would’ve have been a gamble to include some of our musical greats on stage but it was masterful coup de grace, that for myself made this year’s Christmas In The Vines a pleasant experience.

As the trio took their final place on stage, the crowd erupted in applause, a fitting end to a wonderful heartfelt show. Let’s hope for that for us and that one heckler’s sake, that next time the boys include a few Samoan songs. 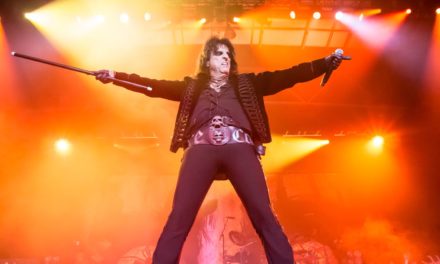 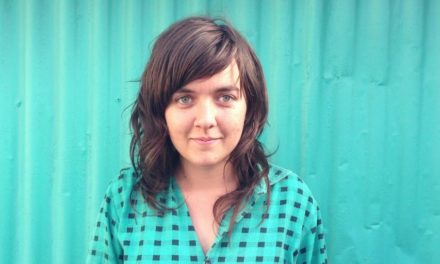