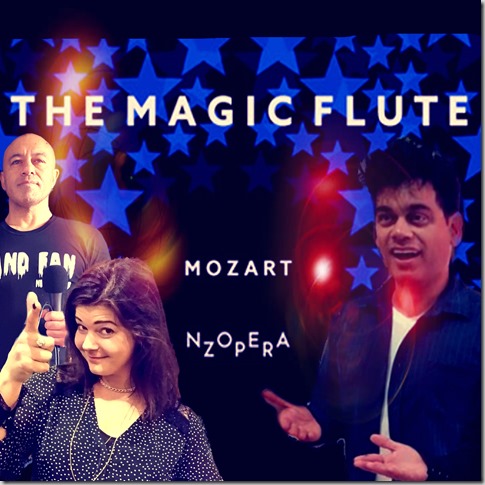 I’m at the Aotea Centre, which is one of Auckland’s premier theatre spots. We wait for the Auckland Philharmonia Orchestra to settle in as the conductor Wyn Davies takes his position at the front. The lights go down and the orchestra begins with the very familiar sound of Mozart. Although there are many fine composers of the classical age there is something special about Mozart that gets the blood running a little hotter and faster. In the words of Stuart Maunder, (General Director, New Zealand Opera) “It’s the ultimate in feel good opera. We all instinctively feel the unifying power of the indefinable force that is music.”  Yes I’m feeling good because I’m about to experience the immortal sounds of Mozart’s opera, ‘The Magic Flute.’

The music is bouncy and alive. The orchestra rises to the occasion and is stirred further by Davies’ unwavering precision at the helm. I can almost feel Mozart’s joy as the music is played. What a fantastic time it must have been to experience this while he walked the earth. But how lucky we are to still have access to such a fine arrangement of music.

After the first opening number comes to an end the crowd applaud as you would expect, then the curtain rises for the first time and we are confronted with a spectacular, breathtaking set which will be our home for the next three or so hours. It really is visually stunning.

Tamino (Randall Bills) the sleeping Prince, is held captive in bed by a gigantic snake when from out of the wings of the enchanted garden three ladies of the wood (Amelia Berry, Catrin Johnsson, Kristen Darragh) light up the stage with what could only be described as spectacular voices which lifts the crowd’s enjoyment to an it even higher level.

The cast is quite simply fantastic and the delivery of songs is nothing short of breath taking. But it is the performance of Samuel Dundas, as Papageno, that left perhaps the strongest impression on me. He really was the standout, consummate performer of the night both with his vocal performance and his stage acting performance.

If you didn’t already know this rendition of the Magic Flute is performed completely in English with English subtitles and Samuel Dundas performance as Papageno is done with an Australian accent, along with some quirky Australian antics, which provides some nice and timely comic relief throughout the whole production. This helped lift the whole appeal of ‘The Magic Flute’ to an even better level of fun as perhaps Mozart had always intended.

In short the whole production is spectacular and something that should not be missed. The overall experience is breathtaking and totally memorable. The cast is stunning. The creative team is superb and production team should be very proud of what they’ve put together.

Although the production is long, it’s filled with interesting moments all the way through. The creative team really has outdone themselves this time. From a giant spider which descends from the heavens to the spectacular costumes and lighting, it’s all there.

It only happens once in a while and I’m sure it won’t be happening like this again for some time. I am certainly grateful for the experience and I would highly recommend a viewing of Mozart’s ‘The Magic Flute.’ Quite possibly one of the main entertainment events in Auckland this year. Loved it. 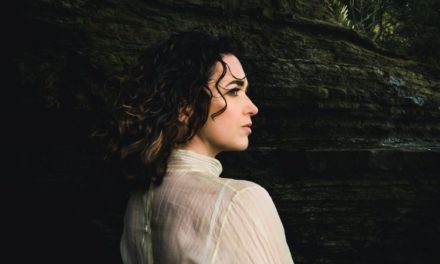