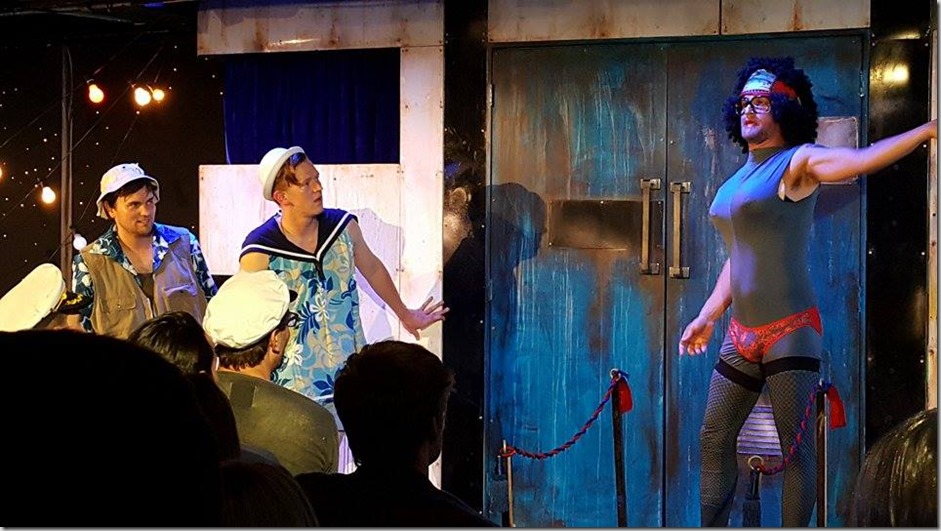 Hauraki Horror is The Basement’s 6th Annual Christmas Show and goes where no “nautical” whodunit mystery has gone before. It boasts a rotating cast with well-known celebs in the show that have been part of this years ‘huge’ contribution in one way or another at Auckland’s The Basement theatre

Enter Tom photographer & Chris amateur gossip junkie busking the streets of Auckland where by chance Tom mentions he has a VIP pass to do a celebrity shoot on a Christmas Cruise in the Hauraki. They board Dick Rancid’s (Housebound’s Cameron Rhodes) super yacht (Chris stowed away in the camera bag) where the slightly inebriated playboy Rancid gets harpooned (not once but thrice) to leave the stunned duo to figure out who killed the haphazard Captain, interviewing celerity A-listers ranging from Sally Ridge and Dame Kiri Te Kanawa to Kelly Tarlton, Jason Gunn and even childhood sock puppet Thingee

Billed as the biggest NZ scandal since the death of Dr Sarah Potts Hauraki Horror charms its way throughout the show, its interesting local references to the local celeb scene really hits the mark as our main leads Tom Sainsbury and Chris Parker try to solve this Kiwiana mystery “ASAT” with a sprig of “ganache”. Nobody is safe, even references of leaked SoundCloud nude pictures of Judith Tizard & whale oil blogger Cameron Slater aren’t spared (harpooned?)

Every celeb has their motives and their wishy-washy alibis. It’s gonna take a whole lotta clue-solving, fishy puns and an appearance by Poseidon (Fasitua Amosa) himself to solve this grisly murder mystery. Luanne Gordon is Sally Ridge personified, her tipsy rendition of the DIY craft queen cannot be toppled, she’s on a mission with Jamie for ideas of the next Ridges sequel, a story about “two women roughly about the same age”. Rose Matafeo wonderfully lampoons Dame Kiri, it’s almost scary to think how many hours of “Kiri” footage she had to sit through to pull off the snobbish Waikato “Downton” accent which we’re sure “Charles & Diahrna” would approve. Dick Rancid is Captain Stubing’s evil twin, He/she Kelly Tarlton, Whale Rider’s Paikea, Children’s entertainer Jason Gunn & Thingee weren’t spared the rod either, everyone was fair game in this bumper festive show

Hauraki Horror is a hose down after revelling in muck, it’s the kind of situation that’s almost as if you’re an outsider looking on the inside, not too sure what’s going on but swept along by the ride. Penned by top comedy talent Tom Sainsbury(SuperCity) and Chris Parker (SNORT) under the director of the incomparable Rachel House (The Dark Horse, Eagle vs Shark), this year’s Basement Christmas show is nautical by nature, a twig of suggestion and a hint of mischief. It’s most definitely THE sure fire way to kick start the festive season 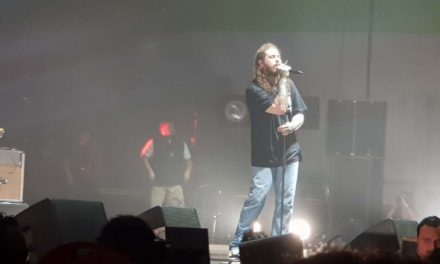