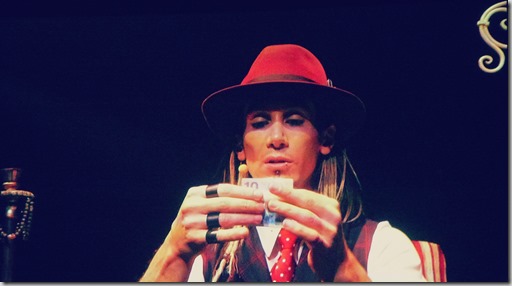 Well the moment we have been waiting for, New Zealand’s turn to witness Cosentino in his first show.  A grandiose occasion cementing Australia’s escapologist & Illusionist as one of the best entertainers around. His amiable brand of street magic & death defying escapes has had the world a buzz and now it was our turn to see the multiple Merlin award recipient’s magic live on stage

Radio personality Mel Homer introduced Tony Hassini CEO/World President of the International Magicians Society who presented Cosentino with a Merlin award (the equivalent of an Oscar in Magic) for 2015 Escape Artist of the year, a photo on stage had Cosentino laugh about ‘awkward pauses’ before he quickly rushed off to get ready

Now this wasn’t like the magic shows of old, and if you’ve ever seen Cosentino (or Cos as he is known as) on TV you’ll realise he’s not your conventional looking magician, with his strange piercings and signature fedora hat looks more suited to a rock star than his given talent

As Rage Against the Machine signalled Cosentino, the stage gave way to his Twisted Reality world, giant enclosed contraptions of sorts and a makeshift study where he conducted magic tricks with the audience all beamed out on four screens so you could get a view anywhere in the house. The more than effective lighting & sound heightening the experience whether he cajoled the audience to come on stage or performed his death defying escapes that had people around me literally aghast

As this was my first live magic show (not including the haphazard magic show from my primary years) I was blown away by the sheer entertainment & grand scale of Cosentino’s Twisted Reality Show, it was almost like being transported back as kid remembering as a child those tricks that made you go ‘wow’ and there’s a lot of ‘wow’ factor in this show, more than you can shake a stick at. Cosentino warm humorous rapport won over the stilted audience in the beginning as he jokingly adding “the more you get into it the better the show, if it’s no good then it’s your fault”

Some of the highlights included ‘helper’ Lisa losing her $50 note (well it was turned into $5 given current exchange rates) she had a happy ending and young audience member Nate, who gave the Australian Dancing With The Stars winner Cosentino some serious competition. Cos’s Time Machine and giant soccer ball crowd narrative led to the finale act Stabbed, a menacing machine that incorporates 18 or so knife blades to inflict serious damage.  The toughest trick is trying to win the crowd over however this was never an issue as the world class illusionist Cosentino gave his heart & soul

Some secrets are best left unknown.  After all, not knowing how a trick is done leaves you mystified with that magical feeling and that’s definitely how the audience felt leaving the show 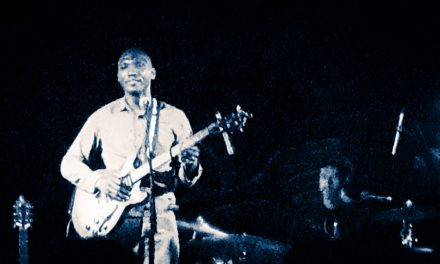 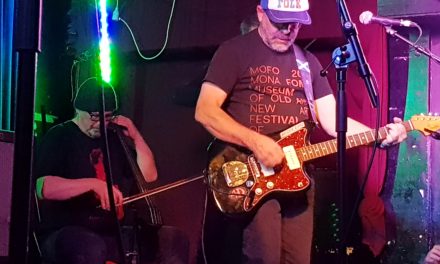