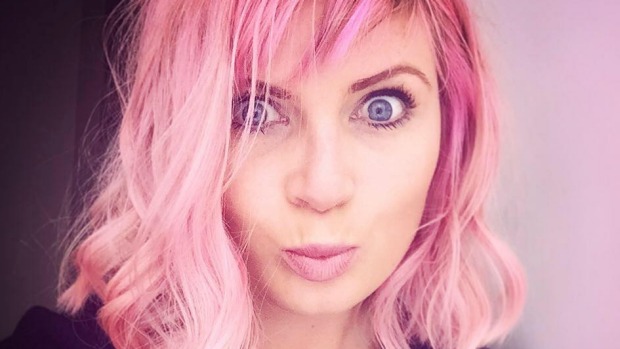 I figured there’d be nothing better to get me over hump day than the above description. So I went over to the Basement to see what all the fuss about Alice Brine was about.

You know you’re in for a treat when you sit down for a comedy show, and a beautiful blonde lady struts onto the stage, can of unopened Double Brown in hand while “I’ve had the time of my life” plays over the PA.

Alice swam up the aisle in the middle of the room, hi-fiving the audience “doing that Ellen DeGeneres shit”. How she maintained eye contact while simultaneously not tripping over the stairs wearing heels and what seemed like fairly movement restrictive jeans is beyond me.

Cracking open her can of the nectar of the gods, Alice proceeded to talk about her inspiration for becoming a comedian. Apparently, all it took was a sexual encounter in the previously gender segregated bathrooms at the same location with a comedian she went to see! “This is going to be good” I thought to myself.

I didn’t know this until she mentioned it, but Alice is apparently the poster girl for feminism in NZ. Undoubtedly a hint about the theme of her performance, but… who the hell jokes about feminism?! You’d be scared about having your face ripped to pieces by camo-pant wearing, man hating, bull-dykes, wouldn’t you? Alice has no such fears.

During the course of the show, I found myself in stitches. My jaw and sides cramped up, and I could only take so much more. This girl took serious issues like the global women’s march event, making tampons free, the lack of sexual education resulting in a ghastly surprise for a teenage female when discovering pubic hair around her rear nether regions, and growing up in Lower Hutt… and made them funny!

In doing so, she calmly normalised issues faced by women that even women consider too socially crass or ‘unladylike’ to talk about, all while splitting sides like it’s cool. I can see why she’s the poster girl for feminism. I think that’s what the movement needs everywhere: someone to get people talking about the everyday stuff.

As she was winding up her act, she asked for a volunteer from the audience, a man ideally, capable of lifting “69 kgs of Alice over their head”, performing the lift scene from Dirty Dancing. My date put my hand up, and yelled out “this one!”, and the lovely lady sitting on the other side of me did the same. “Yeah alright… fuck it” I thought, and walked to the stage, smiling like an idiot.

No one put Briney in the corner, but the bitch put me up on stage!

Anyway, I got sent back to my seat because being a woman, Alice was perfectly capable of flight unassisted by a man. She bounced off the landing mat, onto the floor, and into the corner. She thanked the audience, indulged in a little ‘Dirty Dancing’ herself, and gracefully carried herself and her Double Brown offstage.

There’s one more performance of No One Puts Briney In the Corner left, and if it hasn’t sold out like it should be, get yourself there. Do it.

Alice’s show is on until Saturday 20th May 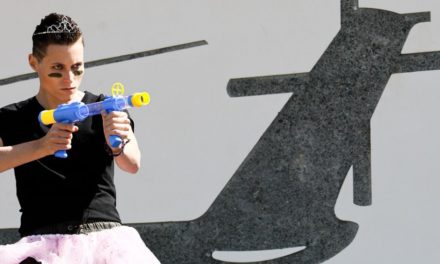