There was more green smoke than a Katchafire gig, plus more references to ‘bishes’ than a Tony Bish wine label, as New Orleans’s $uicideBoy$, traversed the stage to a packed, sold-out Auckland Studio crowd.

The boys didn’t waste any time, as the swelling crowd, heaved into one big mosh pit – resembling more the eel migration in the Sargasso Sea, bodies were mashed as mobile phones were held up to record the ‘instagood’. It was a sight to behold.

If you haven’t heard of the $uicideBoy$, they are pretty much the hot ticket these days, starting off in the underground and growing up as white kids in a black neighbourhood, the duo has come to the fray of the Hip-Hop world with their brand of ‘horror’ soundtrack induced Rap style.

Most of their songs are quite short, which is handy cramming in a fistful of tunes within an allotted time. Songs from their Eternal Grey album gratefully received by the crowd, BREAKDALAW2K16 and Oh Pana! Rang out as Ruby uttered, “I thought Australia was crazy.” erupting the floor into mayhem.

One listen to Muddy Blunts or latest YouTube hit Paris will have the staidest music fan getting into it, as the sea of ‘bobbleheads’ responded to every whim of duo, Ruby da Cherry and $lick $loth, who looked as if they were smitten by the huge Auckland Sunday turnout.

Get your head around the frequent shouts of ‘bitches’, raising the ‘middle finger’ and some of the song titles that would have any parent turning aghast, and there’s some pertinent stuff that’s definitely of musical value – well, for me anyway.

If you’ve missed the boys, don’t fret they’re playing tomorrow night at Auckland’s Studio – worth the inconvenience of putting up with sweaty bodies for an hour or so – unless you find a quiet spot of course. 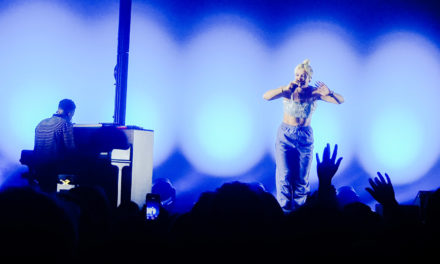 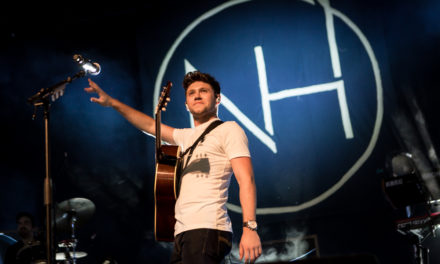