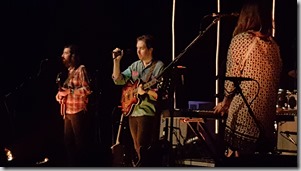 Paper Kites are a wonderment of sound. Sonically their pop-folk style is elevating, its musical nuances unassuming but the end result deadly. While frontman Sam Bentley possesses a cherubic charm onstage, he reminded me of a pubescent version of actor Timothy Spall albeit with slightly less pomp

After the Frank Sinatra intro the young Melburnians ambled on stage, starting off with their latest single Electric Indigo. Guitarist Dave Powys’s tasty guitar pickings were all over the song Renegade like the ‘pash-rash’, older tune Maker marked the first coda of the night while vocalist Sam Bentley got to tease the audience remarking ‘Auckland we’ve missed you terribly’

After asking the audience’s permission to play old and new tunes, eyes turned to new album Twelvefour as they played up a storm on new track Bleed Confusion, its melodic lull conducive to being caught up in a dream state than at a concert. The opening stanza of hit song Bloom kicked life back into the venue with Powys and Christina Lacy contributing vocal harmonies amidst whistling and cheers. The band were tight tonight, totally in sync as they charged on with a spirited St Clarity 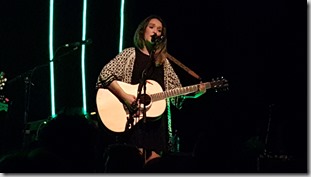 As the band took a breather, Bentley and Lacy remained on stage treating the audience to acoustic treatments of Neon Crimson and one of my faves Paint. At this point Bentley confessed to taking a cassette tape from the Wellington venue the night before of the Michael Jordan & Bugs Bunny film Space Jam. He further divulged the band were listening to it out back to warm up singing R Kelly’s I Believe I Can Fly ‘singing ten part harmonies’. Lacy continued to hold the spotlight singing lead on Cold Kind Hand, the talented multi-instrumentalist’s voice adding texture to Bentley’s warm genial voice

Paper Kites are a proficient band with a mature sound that belies their youthfulness, their live show so good, it highlights the shortfall of their CD sound in comparison. I really enjoyed the upbeat numbers, songs like Lying to You and Revelator Eyes, as a singer I appreciated Lacy & Powys’s tight vocal harmonies which at times were incredible. Drummer Josh Bentleys was solid all night while Sam Rasmussen layed­­ down the groove, his bass playing against the colourful LED light strips gave off an edgy 80s vibe

Of course, it wouldn’t be a Paper Kites gig without ending on a high, with Bentley, Powys and Lacy up front of stage everyone joined in for a last time sing-a-long to Featherstone. Chances are the band will be back again for more of the same, then maybe we will hear the Paper Kites version of that R Kelly classic with ‘ten part harmonies’, that’s of course if no one says anything about that cassette tape. Remember ‘mums’ the word 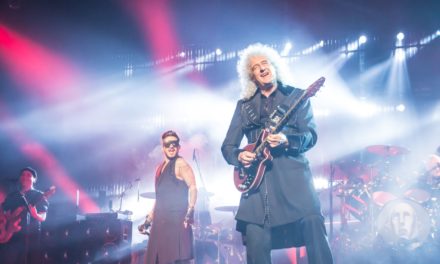 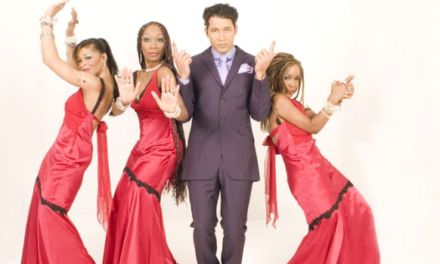