As Tarantino nicely surmised his latest work The Hateful Eight is based on those classic Westerns TV shows like the Virginian or Big Valley without dead wood ‘Doug McClure or Little Joe’. However he failed to mention the shit-load of blood used in this Spaghetti western that falls short of an Agatha Christie Cowboy whodunit. Well it wouldn’t be a Tarantino film without blood I guess

Django it isn’t, let’s just get that out in the open. Sure parallels are drawn, its strong cowboy theme and reoccurring actors Tarantino has collected along the way feature, but this film has more going for it. In my opinion it’s a complete film from start to finish, masterfully crafted with strong performances that make The Hateful Eight a satisfying watch 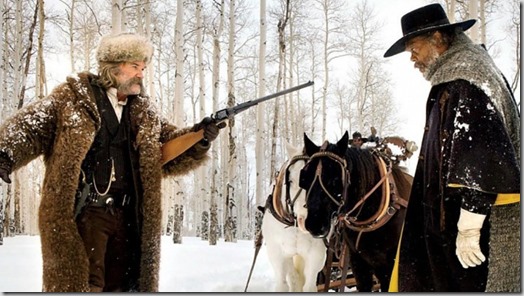 Kurt Russell is a welcome sight in cowboy garb as the militant John Ruth “Hangman” while Single White Female’s Jennifer Jason Leigh is cast perfect as the hell bitch ‘Prisoner’ aptly named for obvious reasons. Kiwi Zoë Bell continues her team up with Tarantino playing six-horse Judy, a sweet, naïve stage coach driver (six-horse coach that is), the directors approval to use her New Zealand accent spawns the hilarious line from Joe Gage (played by the cool Michael Madsen) ‘What the f**k’s an Auckland?’

Strong performances abound. Samuel L Jackson as Major Marquis Warren a.k.a. “The Bounty Hunter” must be a director’s dream, his ability to deliver his lines with convincing gusto is never questionable, this in turn sets the mood of the film and the stage set with fellow players, Tim Roth, Kurt Russell and the brilliant Walton Goggins who is sublime as Sheriff Chris Mannix to find the killer in the room. Funny enough all are ex Tarantino-ites, who have appeared in his movies at one stage or another

Tarantino’s penchant for making people squeamish and knack of clever story telling is fully intact, long it may be and slow to gather up momentum, however if given the chance to reach maturity by the end of the movie is richly rewarding. The Hateful Eight is his eighth movie, funny that … 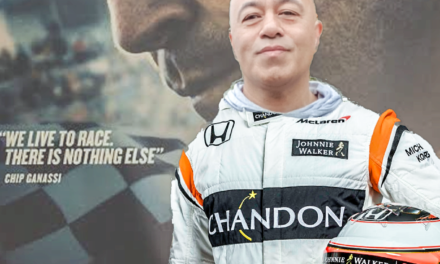