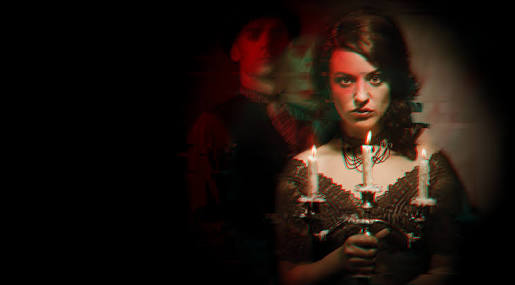 I was really interested in the premise and the show’s warning regarding “Paranormal activity” and warning against those with a “nervous disposition”, it just ticked all the boxes for me.

My paranormal interest consisted of a couple of James Wan movies while as a teen fondly remembering lines from the original Ghostbusters film, “He slimed me..”

All in all, my interest was piqued, my brain was racing ahead of itself, wondering “How on earth do you pull ‘scary’ off on stage?

According to the blurb: “Based on real-life accounts of early New Zealand hauntings, this spine-chilling show will make you question every shadow and sleep with the lights on.” Ok, so there’s no blood bath scene consuming the audience like Stephen King’s Carrie, but there’s enough trickery and effective scares emulated throughout the entertaining show.

In this show Tollemache & Ladderman narrate with accents and voice. The audience revel in strange and eerie ghost stories from the 1800’s gold rush, digging up the unpleasant bits of our past that will thrill, chill and delight you. Its like an interactive history lesson culminating into a climatic scare – all in all good fun of course.

Ladderman looks the part of his chosen character dressed in his period garb, while Lizzie Tollemache is great with her northern English accent, commanding a few laughs and gasps along the way. The historical aspect about Dunstan Creek & The Vulcan Hotel, although interesting, is a little tame for my sordid tastes.

The screams from the audience and visual/audio effects are adequate. Audience members are experiencing phenomenon that is maybe the ghost of Dunstan Creek, maybe they are starting to believe that something has followed them back from the Dunstan Creek goldfield?

Dunstan Creek Haunting is also humourous, a bit of fun, its Blair Witch meets Country Calendar idea is interesting but not horrific enough except maybe to have a heart palpitation or two – I think most wouldn’t mind their scare levels at this pace, and you also get an interesting slice of Kiwi supernatural history lesson. 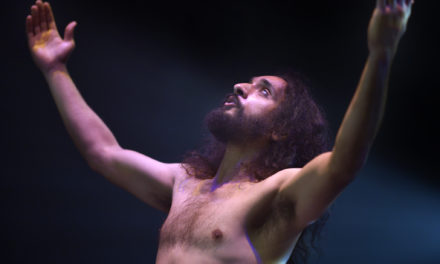 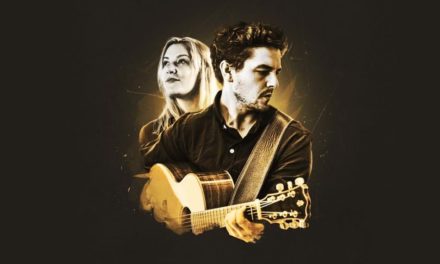