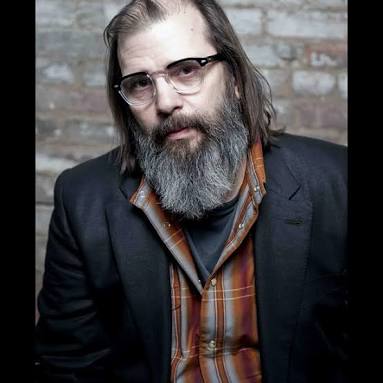 Singer, songwriter and activist Steve Earle and his band the Dukes are set to take a detour to New Zealand following Byron Bay Bluesfest for one show at The Tuning Fork tomorrow night Tuesday March 29th

“We started on the 11th were pretty much done now” Says Earle. “We’re up in the tropics now we play Cairns and then Byron Bay for Bluesfest, we’ll be there for the whole weekend then we come to New Zealand”

Throughout his more than 30-year career, Earle has mined the rich veins of American roots music from country to rock and roll, folk and rockabilly. On his latest studio album, Terraplane, Earle pays tribute to the blues, influenced by the blues giants he saw growing up in Texas – Lightnin’ Hopkins, Freddy King, Johnny Winter, Jimmie and Stevie Ray Vaughan, Canned Heat and Billy Gibbons – however he’s happy to be playing in the tropics and looking forward to down time in New Zealand

“Its fine, it doesn’t suck if you live in New York City to be here this time of year. I was lucky with tropics this winter, I spent a lot of February on a cruise ship, well half of it. I was playing on two cruises back to back, so I got a head start on tan so I won’t get burnt when I go fishing in New Zealand at the end of the trip”

Earle & The Dukes have been touring the record non-stop since Terraplane was released in February, with headline appearances at the Americana Music Festival alongside Loretta Lynn, and the Bristol Rhythm & Roots Reunion Festival, and dates in the UK, Ireland, France, Germany, the Netherlands, Belgium and Sweden. Following the band’s first European run in support of Terraplane, they return to the States for more headline dates ahead of the trip down under in 2016

“I made a record, I made a Blues record” He says. “Blues has always been a part of what I do- I wanted to make a Blues record so we did it. I wrote the songs, I’m really proud of the songs, I’m really proud of the record. This is the last leg of the tour out here, the very last show will be in Auckland. I’ve got another record written which is a country record basically, which we’re going to record the end of the year. Shawn Colvin and I have made a record together, and that’s coming out in June so that’s what I’ll be doing next summer when you see me”

With over eleven original tracks, Earle and his longstanding band The Dukes traverse various forms of the blues – from the Texas roadhouse blues of opener Baby Baby Baby (Baby) to the acoustic blues of Ain’t Nobody’s Daddy Now and the Chicago blues of The Usual Time to the pre-war blues of Baby’s Just As Mean As Me, a duet with Eleanor Whitmore, Earle sounds like he’s got plenty of songs stashed in the reserve and isn’t ready to give it away just yet

“I write pretty much all the time” He confides. “I struggle to write the other stuff sometimes. My divorce kind of side-tracked me to the point of writing my book, I am back writing on it but I got stopped in my tracks on the book. I keep writing songs, I’m always writing songs, that’s what I was put here to do. I write 12-14 songs a year no matter what”

Earle’s much publicised drug using is widely known. In 1993 Earle was arrested for possession of heroin and in 1994, for cocaine and weapons possession. A judge sentenced him to a year in jail after he admitted possession and failed to appear in court Earle was released from jail after serving 60 days of his sentence. As a recovering heroin addict, Earle has used his experience in his song writing.

“I barely remember it” Says Earle. “I didn’t make any music at the time, I used drugs for a long time it caught up with me finally like it does everybody, I’ve been clean for over 21 years. I made four albums when I was using, it feels like ancient history for now for me”

“I think because I’m not loaded I think I do a better job – I’m just trying to make art. I’m trying to say something that I want to say, but to an audience in a way they can relate to. That’s what the front end job is you know, it’s that simple. It does matter if an audience gets it or not, ‘does it make you feel something?’”

Earle is looking forward to catching up with New Zealand, he admits to looking forward to playing here adding “It’s the 30th anniversary of guitar town so there’s a lot of that in the show”. It’s something he’s been doing for a long time, coming here to unwind after tour, fish and mooch with locals in the central North Island town of Turangi

“I’m going to do what I always do” He says. “There’s only one show in New Zealand this time and it’s in Auckland. It’s just the way the schedule works out, there’s stuff going on in the States and going on in New Zealand but that’s the way it’s worked out. The band will go home and I will head to Turangi to fish for a couple of days, I do it every trip, I’ve done it for over twenty years”

Band Of Magicians – Get ‘Freeky Deeky’ With Wal