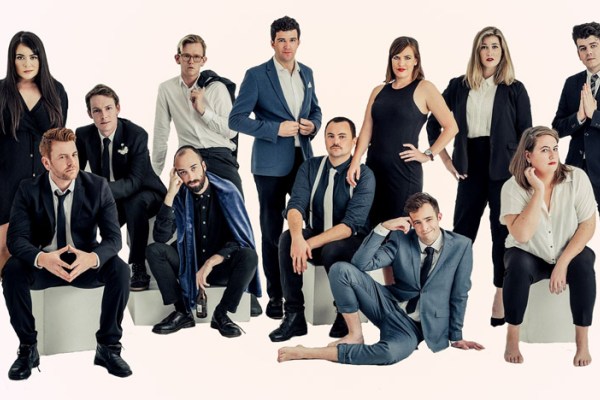 Every performance of Snort begins with the host asking who has and hasn’t been to one of their shows before.

Surprisingly there are always people who admit to never having seen this amazing improv show before, and if you fall into this category then you seriously need to make amends and get along to Snort with Friends at the New Zealand International Comedy Festival.

Snort with Friends is an improv show based on a format popularized by the Upright Citizens Brigade in America, beginning with a short monologue that inspires the performers to create an insane array of improvised sketches. Regularly performing at The Basement throughout the year, during the Comedy Festival there is the added bonus of guest monologists and a not-bonus of a later time-slot at 11.30pm.

While it would be easy for the Snort crew to just rest on their laurels and perform their usual fare of a solid long-form improv show, I feel like they really made an effort to step their game up – teasing out what makes the scene funny just a little more, editing sketches so that they finish on a high, and somehow managing to be even funnier than they normally are during the rest of the year.

Guy Montgomery, my favourite shouty white man in NZ comedy, was the host for the evening. Montgomery knows how to hype up an audience without losing control of them, and was able to guide the flow of the show when that’s not always the easiest thing to do.

The guest monologists for the show were two international acts and one local. Lou Sanders (UK), Iain Stirling (Scotland), and Harry Thompson-Cook (NZ) all delivered excellent monologues that provided varied, and a little bit weird, starting points for an evening of improv sketches.

While every member of the Snort crew is excellent – an improv group is only as good as their weakest member, which is a rule that I have made up but I feel will be widely accepted – there were a couple of standout performers that I have to mention.

Rose Matafeo! She’s back in New Zealand for the Comedy Festival and I just feel like everything is right in the world. It is a true pleasure to watch her onstage, and last night I was living for her and Chris Parker’s interactions in particular.

Another performer I have to point out is Brynley Stent, who is my pick for next-big-comedy-star. She was brilliant every time she stepped onto the stage, and made the most of her inadvertently awkward contributions to a scene.

Veering from the absurd (several people onstage continuously tipping their hats while rehearsing for a Stomp-like performance) to the incredibly brave/stupid (an AIDS joke in the middle of a sketch about shoelaces being used as contraception), Snort is the show that you should be going out to see every Friday. Even more so as they step it up and deliver during the festival.