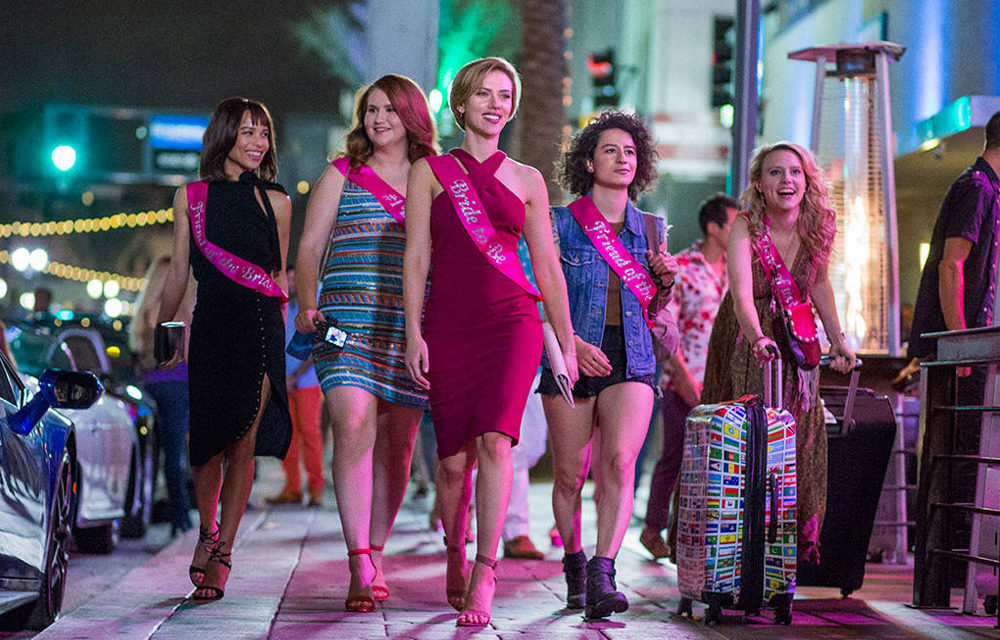 As the old adage goes: “If it smells like a lemon then it probably is a lemon.” rings true, unfortunately so it is with debut director Lucia Aniello’s dark American comedy Rough Night.

Watching this movie was like sitting in the waiting room of an STD clinic – I just couldn’t wait to get out of there.

My dystopian-Spidey senses were tingling while watching the films trailer a few months prior, in what can only be compared as a ‘poor cousin’ to Weekend At Bernies.  The movie’s flimsy plot closely related to guy-version The Hangover, treads familiar ground while trying to pull off a few laughs along the way.

Okay, well now the introductions are out of the way, let’s prepare to analyse what is on offer. As far as the latest spate of ‘chick flick’ movies go it’s a ‘feel good’ film.

The quintet reunite ten years later for a wild bachelorette weekend in Miami – this is where the mayhem begins, as during their hard partying, they accidentally kill a male stripper. Amidst the craziness of trying to conceal their deed, they are ultimately brought closer together when it matters most.

While trying to be open-minded I couldn’t help but cringe at some of the cliché gender swipes.  I also admit, I found it hard to revel in the humour with the predominantly female audience and frequently found the humour coerced – not even a cameo by stalwart Demi Moore could save this for me.

No need for Rebel Wilson as American Kate McKinnon plays Aussie bestie Pippa, her character deflecting any unwanted attention.  Her Australian twang commendable as she repeatedly tells co-star Jillian Bell (Alice) she’s not “a Kiwi”. Also, was it me or did the guys in the film seem a bit/lot ‘limp’?

If you are looking for a quick laugh with the gals on par with Bad Moms or Trainwreck then Rough Night probably will be as disappointing as John Key’s recent knighthood. If, however you like your humour lathered up in a credulous storyline reeking of movies of past, then by all means give Rough Night a go.