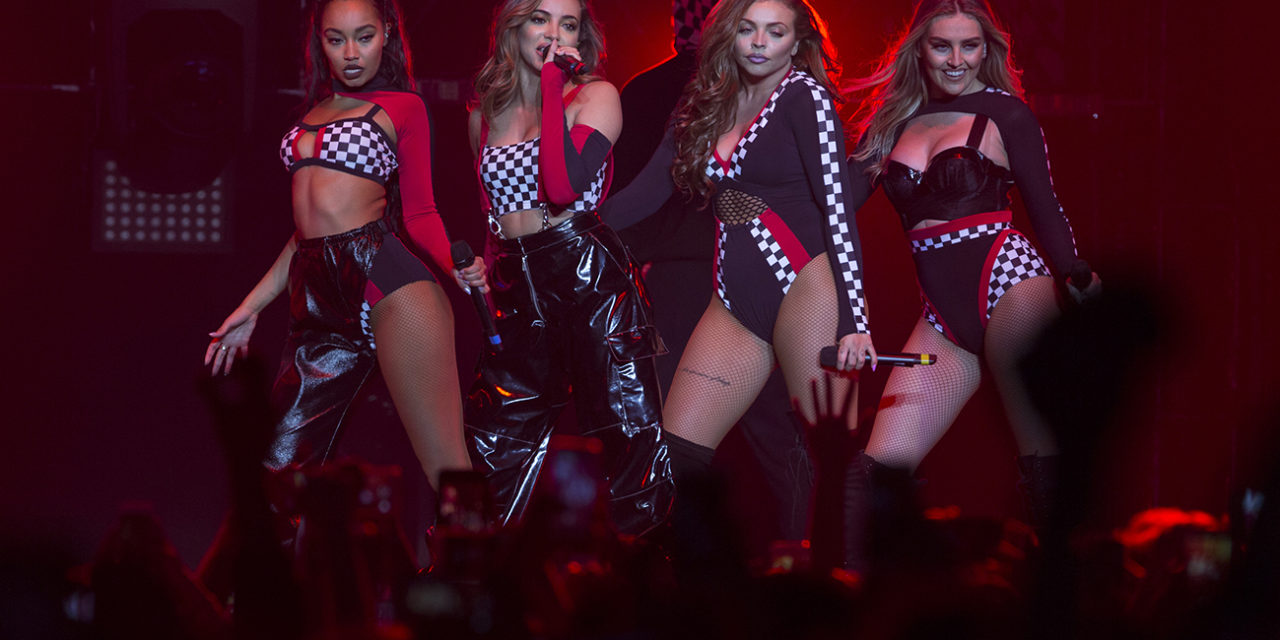 Maybe it was the fact that it was the day after the coldest night in Auckland since the 90s that had me thinking I was way overdressed.

The throng of concert goers mostly young teen girls, looked as if they were dressed for an Ibiza rave – shorty shorts and crop tops with the most incredible insulation invented it seems.

Sticking out like a thumb, my security guard-esque looks (minus the earpiece) and my low-expectations were having a field-day as I gingerly walked from the cold into the arena. There were also parents who had been seconded to taking their young kiddies along to their first gig adding a twee vibe to the night.

Little Mix, the English girl group who took out X Factor UK six years ago then signed to media mogul slash judge Simon Cowell’s record company Syco, then released a cover of Damien Rice’s Cannonball – a mutual liking of Rice’s music was the only thing I had in common with the group.

Fashionably late, the stunning quartet were greeted with rapturous applause as the instantly recognisable intro to Power filled the packed auditorium, the sound of screaming was deafening and had me wincing into my chair.

The girls were in good spirits considering they were just in Australia the previous night, interacting with the boisterous crowd, they let loose with exclamations of “Are you feeling sassy?” or “I can’t hear you Auckland?!” all eagerly received by their fans.

I have to admit It was an aural and visual assault of the senses as the sub bass rumbled while robotic lights gyroscoped and twisted mechanised to the music. The giant video screens throwing up the girls in glorious high definition, it was a very slick production that was ridiculously sexy-good.

Video hit Black Magic wonderfully choreographed with male dancers adding visual excitement (and eye candy) Salute, one of the few songs I did recognise made great use of the lighting, its frenetic spotlight effect giving gravitas to its military theme – great song live, by the way.

All the hits went down a treat as the girls made sure their fans got their money’s worth as they careened their way through the hits, amongst the deafening screaming and mobile phone firefly’s waving about I surprise myself by how many Little Mix songs I had heard but never knew were theirs.

Singer Perrie Edwards’s well documented engagement with One Direction’s Zayn Malik ended in breakup, took to the stage admitting, “This is first time Little Mix have been to NZ” then saying that “Not many people know I use to live here.”(she briefly lived in Hamilton). The tall blonde adding “What a randy bunch we were” as they launched into Down & Dirty.

Great costumes that were sexy cool without the usual over sexualised suggestiveness you would associate with artists Nicki Minaj or Azealia Banks, their voices in sync as they pulled off the harmonies on Wings (their first #1 hit).

The lull of Secret Love Song highlighting the groups vocal ability was impressive. Not a auto-tune in sight as no song was spared – actually that isn’t true. Make A Change probably one of the songs I liked the most of theirs was inadvertently omitted. Oh well, mere quibbles me thinks.

Maybe they haven’t converted a new fan but I was impressed by their energy and enthusiasm, the musical intensity was up there with some of the best gigs I’ve seen this year including Panic! and Blondie.

Its something you wish all artists had but rarely possess. Nice Te Reo touch by Edwards, as she got the crowd to count down the last song of the night Shout Out To My Ex. “On the count of three ..tahi..rua..toru” 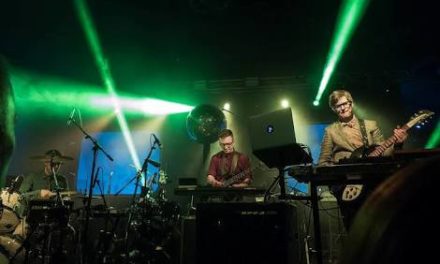 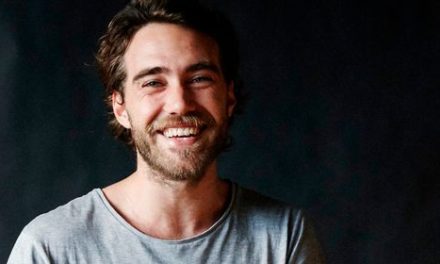