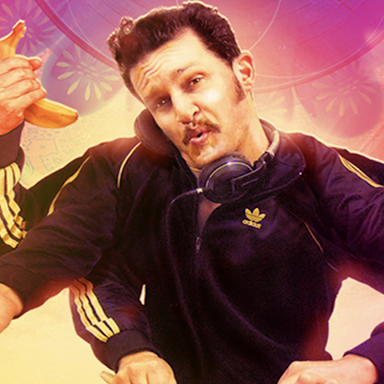 If you ever needed a reason to get out for the night, then DJ extraordinaire Juan Versuvius aka Auckland actor/comedian Barnie Duncan, now living in Melbourne (all the good ones go there), was possibly it: Ok, well, one good reason for exiting the homestead anyway.

The high-energy show of Latino Superstar disc-jockey alter ego Juan Vesuvius, who, decked out in verjazzled Adidas jacket and throwback Fila tennis shorts, proudly brought his “turntables to Auckland to deliver the greatest and strangest DJ set you’ve ever experienced”.

For once the marketing blurb was spot on, I didn’t know what to expect but I couldn’t help but revel in its celebratory atmosphere. Neither could I fault it, or his faux Spanish accent, that at times was more convincing than Andrew Sachs’ Manuel character from the TV comedy Faulty Towers.

Behind his “wheels of steel” he spun vinyl and waxed lyrical about the gay rights movement, the first gay bars, the stonewall riots, rave culture and even how French DJ David Guetta had “fucked up” artists like The Black Eyed Peas and Snoop Dogg, addressing its educative and emotional message with an emotional Spanish plea in between songs of, “Understand?” 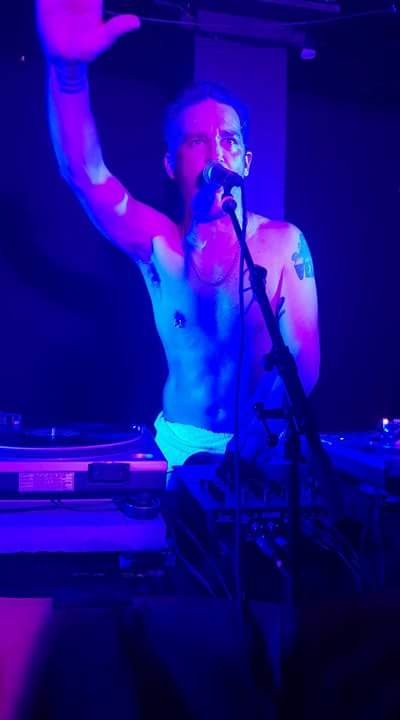 If the idea of crowd interaction scares the shite out you then this show is full of it, lots of cool cliché DJ moves and hilarious one liners that for me, made the show. Actually being coerced on the stage with Juan & random audience member Marcus ( If that was his real name), grinding lemons while Juan dry humping the air was a career highlight thus far.

Juan has been busy, this was the hit show of the 2017 Edinburgh Fringe after sell out seasons in London and Bristol, and now in Auckland the City of “Sailing” it’s an unlikely show that successfully combines the towelling magic of Dynamo, the cool of Andrew Dice Clay (Ford Fairlane) with the delft DJing skills of a sporty Sacha Baron Cohen – the similarity so uncanny they could be brothers from another ‘Latino’ mother.

Explore the history of dance music with a bona fide Latino musical legend that will have you up on your feet dancing the night away. Created and performed by local actor/comedian Barnie Duncan, the entertaining show about club music is making its Auckland debut in an actual club (funny that) – the infamous Whammy Bar on K’rd. Don’t be a Nana, sit in the front row, it’ll be the best night out you’ve had since ages ago. You never know, you might make new friends boogying and get to sample one of Juan’s complimentary tasty “bis-kweets” (biscuits). Muy bonus. 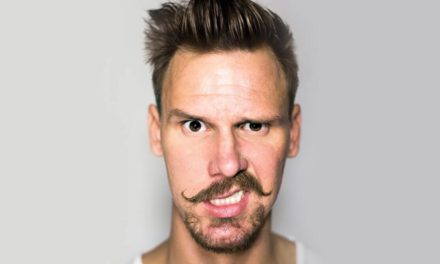