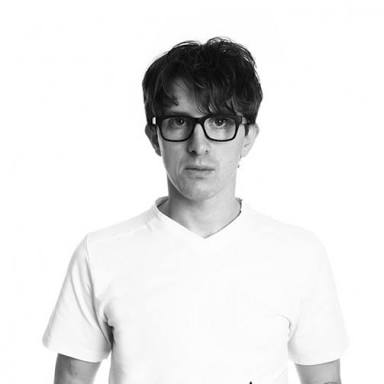 It had been a long and entertaining first weekend of the fest, on the Sunday I found myself returning to the Q Theatre, this time the Rangitira, a large venue, for what seems to be becoming a large headline act. The breeze was light that evening, with intermittent clouds, the temperature was a cool 17ºC. I had been looking forward to this all week, James Veitch‘s Dot Con.

Entering the theatre itself, there was definitely a buzz to this crowd, lively chatting away in excitement. As someone who is familiar with James Veitch through Ted Talks on youtube (and his recent appearance on Conan) I was interested to see how many others in the crowd were familiar with this as well. For while this clearly indicates that he has built up a worldwide following, he also runs the risk of burning too much material online, something he was eager to admit once he had come to the stage.

Before his entrance however there was an introductory video, I had expected a multi media aspect to this show, Veitch is known for slides full of emails about him bamboozling scam artists to great comedic effect, and I had expected more of the same, and this video was a great way to get an already hyped audience even more hyped, with a few gags thrown in, two birds, one video.

There was some material from his Ted Talks and YouTube videos on his own channel, which he acknowledged, and had added extra detail to, based on events that had happened after those had been posted online, and in any case, even if it had been seen before, funny is still funny.

Might I add at this point, James Veitch is quick, when I said earlier that the audience was lively, that was a bit of an understatement. He was heckled throughout the show, and bounced back every single time, with a cheeky quip or an excellent comeback.

The shows title is Dot Con, aptly named as it is basically about the internet. A large chunk dedicated to scammers that plague our spam boxes, which Veitch is famous for fighting back against, at one point even attempting to scam the scammer. He discussed other aspects though, like the horrors of dial up modems, and at some points a little bit of dickery on anyone who had the misfortune to end up in his email inbox.
Dot Con is so far the funniest show I have seen so far this festival, the clever lines and ludicrous situations found me laughing so hard, I did my embarrassing laugh Definitely a must see next time he visits this part of the world.

Very accessible comedy, recommended for anyone and everyone. People who are fans of nerdy stuff might get a particular kick out of this.