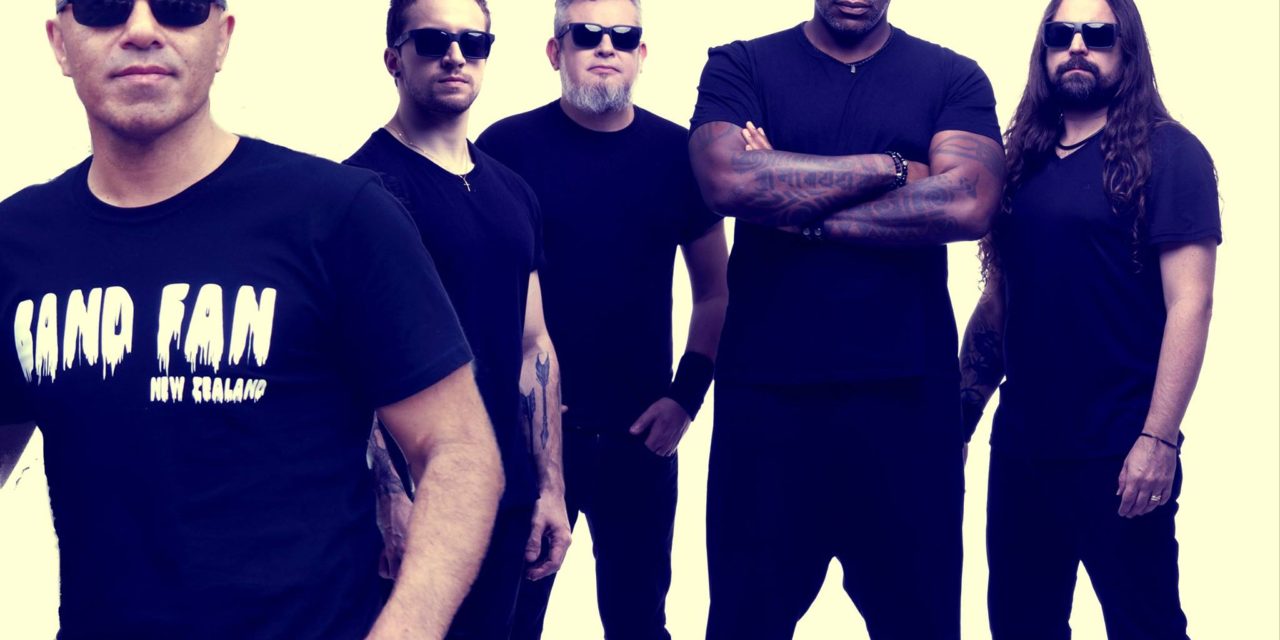 Brazilian metallers Sepultura have fans bracing themselves for new album Machine Messiah. The new album is abrasive as it genius, it races along at break-neck speed and is the band’s first studio album in four years since The Mediator Between Head and Hands Must Be the Heart, notably making it the longest gap between studio albums in their career.

“Were getting ready for the big year ahead for us.” Says guitarist Andreas Kisser in a faint but recognisable Brazilian lilt.

An ardent family man, he has adult children, but has no plans to become a grandparent admitting, “I hope soon but not so soon, let’s wait a little bit,”.  The guitarist is also adamant the success of the band is due to his family – period.

“I couldn’t have my professional career without my family, it’s impossible,” he confesses.  “They give you such strength, such motivation.  I think it’s hard to be on the road, I’ve been away from home for many months, they are fundamental to everything I do.

“life on the road can be very dangerous if you believe in the myth. People give you everything, drugs, alcohol, the women, you can get locked into that kind of ‘fake world’ of fame.  When you go back home to your family and do your daily normal life, pick up kids from school, go to the supermarket you go back and you balance your life.”

The new album marks a welcome return for the band, together with producer Jens Borgen it’s been a labour of love, but also one of the best experiences with Kisser citing “It’s one of our best recorded albums”.

“I’m happy, really happy with the result,” he continues.  “The recording with Jens Borgen the producer, he did an amazing job with us. Everybody in the band really stepped up.  We wanted to explore our musicianship at the highest level, so we really prepared ourselves physically and mentally to face the challenge ahead of us.  We had a great time in Sweden recording the album, it was a lot of work of course but we enjoyed it.

“I think it’s our most musical album with instrumental songs. It’s something I’ve wanted to do for so long trying to incorporate the guitar more connected to the songs.  We’re excited with the release; so far, people who have heard the album have positive reactions.”

The band have been playing a new tune off the album last year, I Am the Enemy, although quite a different direction for the band it still retains that raw Sepultura edge.

“I Am the Enemy isn’t a very traditional Sepultura song,” he explains.  “It’s very straight forward. It was one of the last songs we wrote for the album, that kind of explosiveness, it came out cool. We played the song live last year and the reaction was great.  I think being faced with the whole running order of the album, it creates an atmosphere to Machine Messiah, with our other single Phantom Self, they are both different types of songs.

“The new album is very different from anything we did before. Brazil’s so big, from North to South.  You have so many different rhythms and different characteristics, people, food, music – everything. On Roots we explored a lot of different aspects of Brazilian music, percussive rhythms from the North East, Samba and instruments from the South of Brazil.  On the track Phantom Self we have Maracatu beats from the North East.  We’ve got violins from Tunisia which Producer Jens thought would be a cool element.  It’s added so many possibilities to my guitar playing like the connection between the orchestra and the guitar leads.”

The band’s private life with the departure of founding members Max & Igor Cavalera is almost as poignant to fans as the new album, especially with the duo announcing a Roots reunion, Kisser maintains he doesn’t “have much contact” while saying their relationship is “professional”. “We have to discuss stuff like matters for merchandising or music releases the label wants to put out.

“I don’t know,” he continues.   “It’s so happy with Sepultura now, with everything that we achieved the difficult times, the great times. We have been enjoying ourselves for thirty years, it’s a great momentum.  I really like to enjoy the moment, of course I’d love to do another solo album hopefully I’ll have time to do something soon with that, I’d love to do a Blues album.

“It’s such a privilege to part of a band like Sepultura. We travel the world every year, thirty-two years of a career and seventy-six countries so far, we’ve played. The fans that is motivation enough.”

The boys set keen to return back to our neck of the woods sometime this year in support of the world tour, after the last outing at Auckland’s Studio it’s a thought Kisser seems optimistic about.

“Yeah, we hope in the second half of the year to go to your region. We have nothing planned yet.  We have the tour with Kreator in Europe, February and March, and then we go to the States to play with Testament & Prong.  Hopefully in September we’ll go to Australia & New Zealand, we really hope to have the dates announced soon, were definitely working on it.”