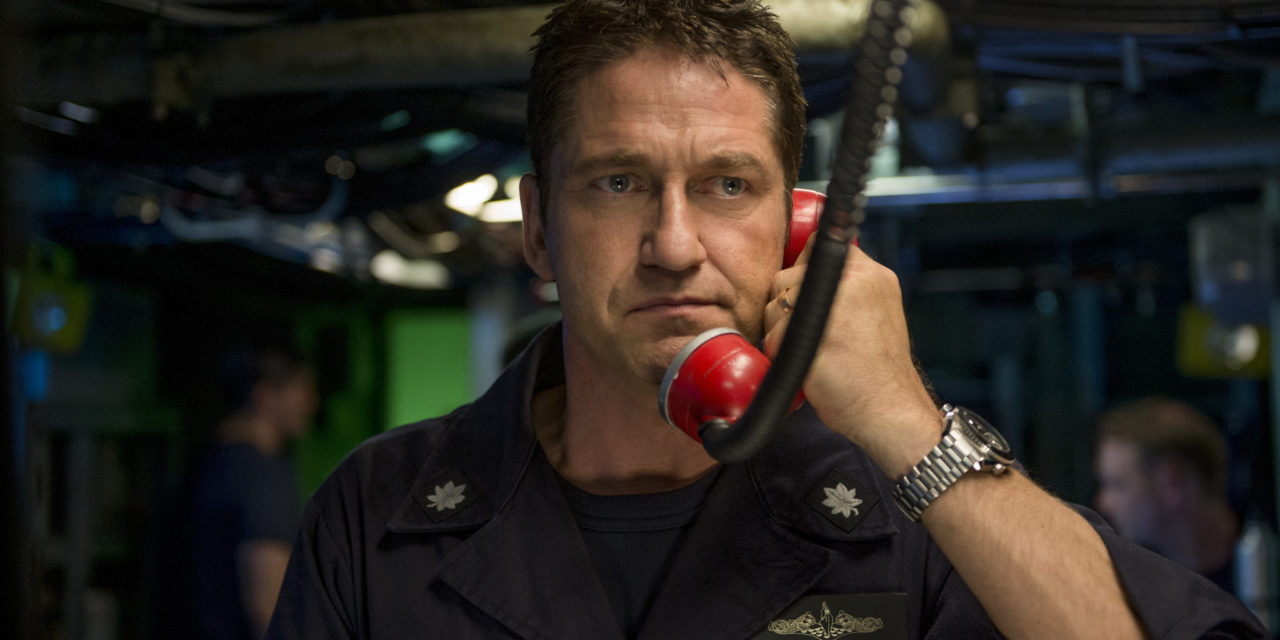 Scottish actor Gerard Butler stars as a stoic submarine captain, coming from a run of blockbuster hyper action films like ‘Olympus has Fallen’, again, he is here to save us from World War Three. A rogue Star Wars-esque villain, in the guise of a Russian Army General has organised a coup and has intentions of beginning a World War with America. The Russian President is being held hostage, so the General has complete control for his dastardly plans. This is the big set up for the film, everything relies on the submarine Gerald Butler is captaining, and five army Seals who go in, wait for it… to capture and rescue the Russian President and bring order back to the world! “Wow”, you say, “This sounds like a thriller!”, it couldn’t be further from the truth.

Hunter Killer is a silly film, giggling at times at its own ludicrous situations, its a straight play for intentional drama. It’s like an action movie in slow-mo. For example, one of the most tense scenes in the film, calls on an American submarine needing to navigate through a heavily dense minefield, to make its way into a heavily guarded Russian submarine naval military base. It is very treacherous underwater terrain, but the whole scene is played out at slow pace, its just a submarine moving slowly through turning now and then, mind you it does get close to rocks and mines (cue ohh -ahh noises).

To make it more thrilling, they need the help of a Russian Submarine captain they have onboard which they had rescued earlier from a sunken submarine. The sub was mysteriously torpedoed and now trapped at the bottom of the ocean. He is the only guy who knows this terrain by heart, the intricate detail to guide them through, blind faith, the pivotal moment of Russians and Americans working together on trust. And that my fellow movie friends, is the crux of Hunter Killers metaphor for the “human race”, its a theme of trust. See, we can work together. 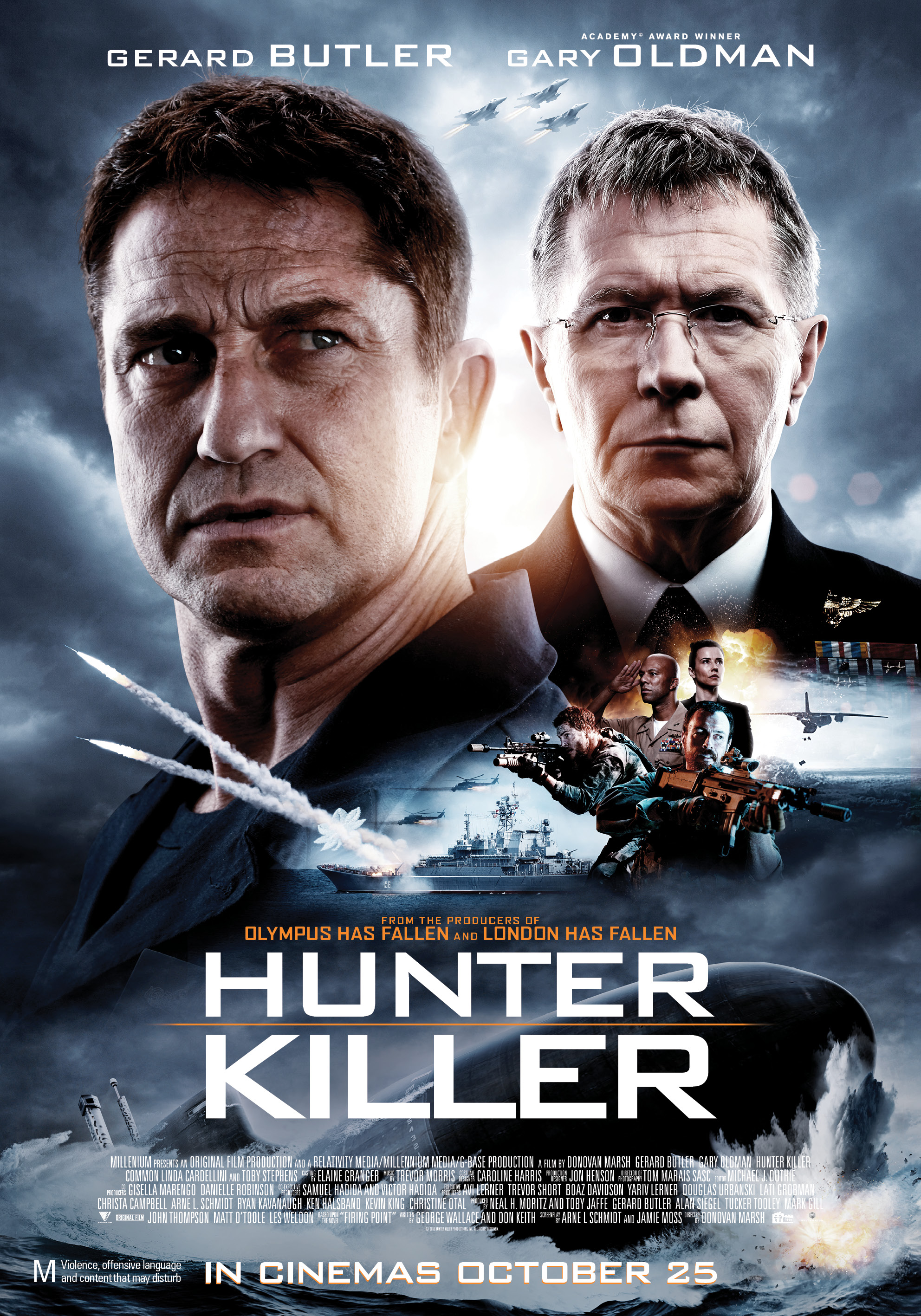 The more I think of this film the more befuddled I am. Sure its intentions are genuine, and it contains a positive message, but the pay off is goofy. Actor Gary Oldman shouting up a storm, playing the right hand military top official to the President, hamming it up, like some cartoon character. It just seems odd when you see the film wanting to play a serious dramatic thriller. When I say it seems “odd”, the film feels very straight to video or Netflix. The CGI is very low quality, the editing is having a heck of a time trying to amp up the thrills, mostly without success. The more the story moves along the crazier and ludicrous Hunter Killer gets. Actually, it becomes a rather fascinating watch, the more you watch the sillier it seems, logic goes flying out the window – which is ironic, as there are none on a submarine.