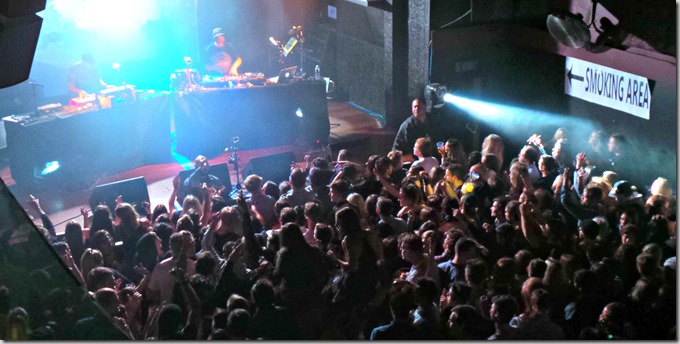 Auckland’s Studio was packed and heaving which was a good thing if you’re a DJ hunched behind the decks facing off to your audience, plus as the DJ raises his hands in the air it looks ‘cool as shit’ when everyone does it. Totally unfamiliar in the dark venue attending a dance gig I was reminded the last couple of times I’ve been here were to see seething metal bands hell-bent on destroying the stage, however as it neared the midnight hour start time, anticipation for Hermitude was running high

Sydney-siders Luke Dubber and Angus Stuart were on song tonight, the crazed crowd, strobe lighting and projected multimedia blasting imagery behind the baseball capped pair, heightening the moving crowd as they darted in and out of their latest album Dark Night, Sweet Light and older tunes starting with Hijinx the night never looked like letting up

Djs have always had a bit of a bad rep because of their musical prowess in making music seemingly played with ‘one finger’ however that didn’t quite apply to the Hermitude boys, who interacted wonderfully with the crowd while playing their keys and decks live proving they’re more than a ‘one trick pony’ EDM act, at one point in the gig they stood out front of their gear to jam with key-tar and mini-synth to the delight of the frenzied audience 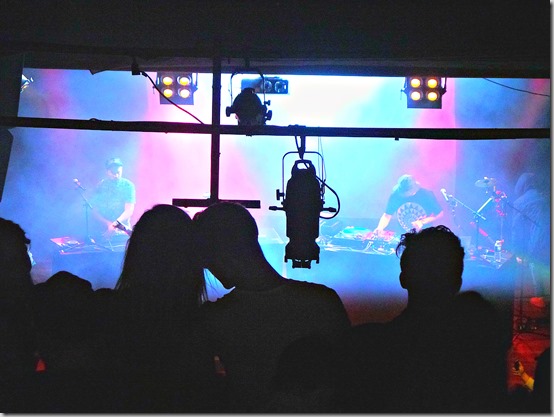 Catchy sugary twee pop hit Speak of the Devil with its cool kids dance music video thrown up behind them, thankfully wasn’t omitted from the playlist. The Flume-mix Hyperparadise and Young Tapz colab numbers Thru The Roof & The Buzz were given the recognition they deserve, with the young Kiwi rapper making a grand impression with punters holding his own as he paced the stage like a crazy man with his quick-fire rap delivery – and rightfully so

As the band made a last minute plea to everyone to ‘keep going until the break of dawn’ on the last song The Villain, I had to check my watch: it was hard to believe our allotted time with Hermitude had drawn to a close. One thing though, it was a good way to kick up the heels and ignore the harsh winter cold, even if only briefly

S.O.T.D Speak Of The Devil

Get In My Life 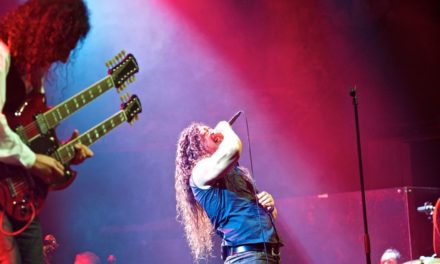