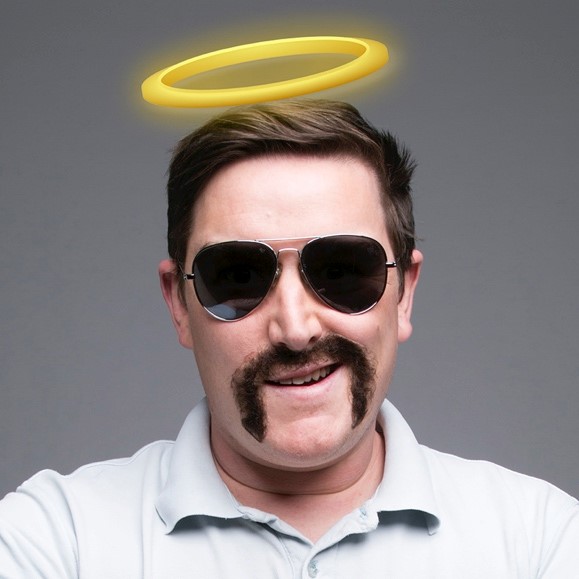 Due to popular demand extra shows have been added to the Bogan Jesus tour, including new dates in Auckland 11 July and Hamilton 14 July. 9:30PM shows have also been added for Auckland 11 & 12 May, Nelson 29 May and Christchurch 1 June.

There’s a new ‘mo-ssiah’ for a new age and he’s holier than Oscar Pistorius’ bathroom door.

In the beginning, God created the moustache… and it was good. Then he took the next 6 days off, because once you’ve nailed it, treat yourself to a lie-down.

The world has had religion ever since God was in nappies, and what have we got to show for it: wars, terrorist attacks, and Christian rock. It’s time religion took a hard look at itself, so Chopper is starting his own one, in his own image, and giving hell to the almighty.

Are you sick, lonely, or poor? Well, there are plenty of other churches for you. Chopper is looking for rich idiots to tithe the crap out of; but really, any sinner will do.

Thou shalt harden up and become a Chopostle! So gather round, and be healed by Bogan Jesus!

With 2 ARIA nominations, 1 Logie nomination and over 500,000 tickets sold worldwide, Chopper is a genuine comedy icon. The man behind the ‘stache, Heath Franklin, is an Australian actor, comedic performer, improviser and writer. Franklin made his television debut on the sketch show The Ronnie Johns Half Hour in 2005 and has been a regular on Kiwi TV, including his series, TV3’s Chopper’s Republic of Anzakistan and 7Days. 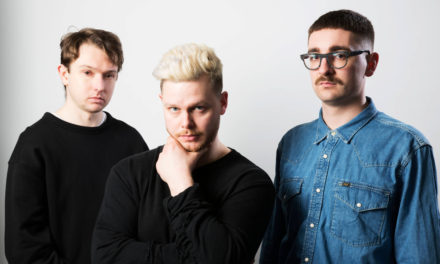