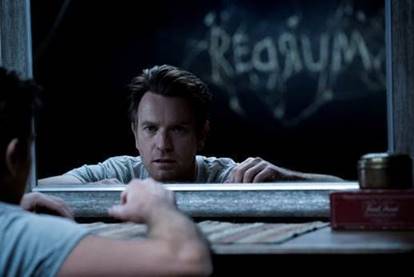 “Those into spiritual warfare are going to delve deep into the tapestry of Doctor Sleep’s essence..”

Taking on the task of creating a sequel to a cinematic classic is a tough gig. From the pen of psychological horror mastermind Stephen King, Doctor Sleep is the long awaited follow up to 1980’s The Shining, one of Stanley Kubrick’s ace achievements, it’s a considered masterpiece of its genre. Almost 40 years in between drinks (yes addictions are a narrative theme in these ones too), Doctor Sleep slots into the top ten of longest time-periods between sequels. It’s lengthy arrival due to King writing this follow up in almost as many years after the original, also, the huge success of King’s cinematic version of ‘IT’ in 2017 opening the door financially for Doctor Sleep to see the light of day.

Picking up where things left off/bridging the time lapse and recap for its audience, young Danny Torrance not only carries big trauma from experiencing his father Jack’s decent to insanity, he’s also tapping into the afterlife through his psychic gift known in these stories as ‘shining’. Fast forward to his adult life (ably played by Ewen McGregor), and as Danny’s challenges of past demons & the supernatural world he inhabits begin to burden him, the cycle of addiction rises. Not only that, there are other dark forces to contend with out in the big wide world.

Doctor Sleep takes a little while to shift gears, but when it does you’re strapped in for a wicked ride. Go into this one with expectations to match Kubrick‘ benchmark, chances are you’ll be disappointed. For starters the tone, pacing, & look is completely different, which is an intentional move by director Mike Flanagan. The digital age and evolution of film technology is to be considered also, allowing the potential for some elaborate visual storytelling. You might have a niggle with the portrayal of central characters from the first film appearing here by look-alike actors, snippets of pivotal scenes being re-enacted rather than re-cycled.

“Doctor Sleep takes a little while to shift gears, but when it does you’re strapped in for a wicked ride.”

Flanagan worked closely in collaboration with writer King on Dr Sleep, bringing back some of the themes that Kubrick omitted in his screenplay for The Shining. King himself cites the character of Jack Torrance (played by Jack Nicholson) as his most autobiographical character, identifying himself with the potential harms of alcohol. & you’ll love who comes in to help out here, with Cliff Curtis again showing he can tackle any sort of role put to him. The casting overall is strong, with Rebecca Ferguson as head antagonist Rose The Hat turning in a colourful performance.

Doctor Sleep has many twists and turns, and the investment that King puts into his character development means that you’re gonna feel the wins, and equally so, the losses/casualties. With its strong theme of good versus evil, those into spiritual warfare are going to delve deep into the tapestry of Doctor Sleep’s essence. Following up the two indifferent ‘IT‘ films, Dr Sleep switches on a light in the dark. 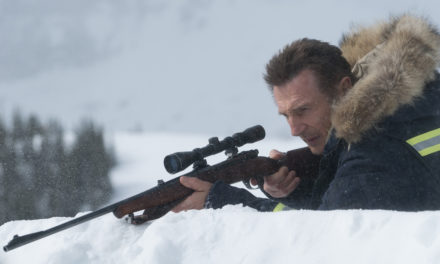