Comedian Brendhan Lovegrove is either hit or miss for me. Most times he finds his target, but tonight he was on fire. His knack for comebacks, adlib one liners & foreign accents was just the tonic as he compered the stable of NZ’s finest comedic talent.

With a strange sponsorship partner in Best Foods Mayo (ya know the mayonnaise peeps) nobody left the venue empty handed without a tub of this ‘nectar from the gods’. I couldn’t tell if that was as strange as the ten-year-old in the audience, I wondered if he could have been a plant? I mean, it did have an R16 rating?

Well, if he was it was an elaborate piece of staging, even Lovegrove was surprised spotting the youngster early on, this encouraged a shitload of jibs from the performers all night – he did get a gift basket for his troubles while those sitting close to him never owned up to being his parents.

My pick for the night were the ladies: Melanie Bracewell’s dorky take on online dating was the tonic. Her timing accented by her impending height made way for Tinder & ‘short men’ jokes.

The other act I adored were Fan Brigade, a vulgar musical duo act had me in stitches. Anyone who gets away calling Ed Sheeran a “f**king loser” can’t be that bad. I enjoyed James Mustapic, another I hadn’t seen before, his take on life as a young gay man was refreshingly funny.

With a plethora of jokes the comedic talent changed as the who’s who including long time festival fave Brendan Green and relative newcomers Frickin Dangerous Bro & Eli Matthewson.

I definitely preferred the first half acts, It would’ve been nice to have the same amount of acts to balance it out, but it definitely was a great chance to see some of the funniest acts at this year’s International Comedy.

For more info on playing dates in your region see https://www.eventfinda.co.nz/tour/2017/best-comedy-show-on-earth-tour 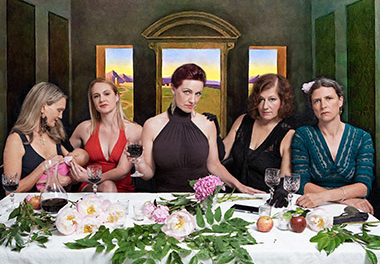