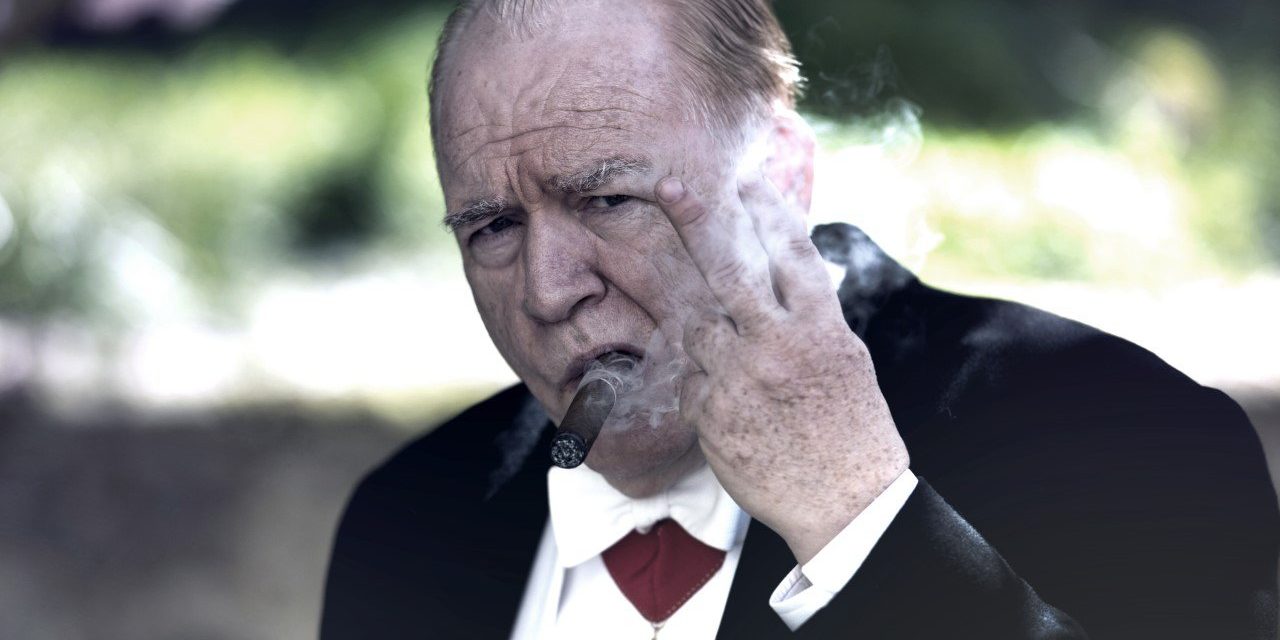 Right from the start you get the picture this is big history played by big men who sometimes feel a little small in the face of it, a little human. It’s the kind of history that focuses on an individual and clocks a bang lot up to him (it’s usually a him).

The man in the middle, or sometimes just to the side, of all the action, is, of course, Winston Churchill, and the action is the events leading up to the D-Day landings at Normandy in WWII.

We see a man in his decline, being cared for, being dressed, being humoured, a man who is questioning everything: what to wear, what to say, how to say it, how to look, who to be and, most pressingly for the plot, what to do about the prospect of sending quarter of a million young men into a battle, on which it’s said, the future of civilisation rests.

Playing him is Scottish actor Brian Cox, known by many for his role as a villainous CIA official in the Jason Bourne movies. He grunts, spits, prays and sucks continuously on a cigar throughout and is shot from all angles and distances. He’s impressive from all of them.

This portrayal puts his relationship with his wife, Clemmie, played deftly and sensitively by Miranda Richardson, in focus. She’s a no-nonsense sort who choreographs events quietly from the side, propping Churchill up, inspiring greatness (or so the film’s promotional material would have us believe). There are solid performances from John Slattery as General Eisenhower in charge and James Purefoy as the stuttering King George VI.

The music is grand – strings, choir, that sort of thing – and unapologetically melodramatic. You don’t do war to a jazz soundtrack.

I can’t say I didn’t enjoy the film. But I do wonder whether directors of period dramas expect us to see this genre in a vacuum, blocking out everything else we’ve seen, including on TV. Recently, I’ve been watching a lot of political dramas, from House of Cards to Scandal to The West Wing. It’s hard to see a relationship like that between Churchill and Clemmie and not wonder if it was in fact more like that between House of Cards’ Francis and Claire Underwood, a matter of scheming, undermining, political game-playing.

Were these sorts of unions ever that romantic? Has the story been a little forced into this mould for the sake of convention?

However accurate the love story is, as a portrait of a politician, one who some say was the greatest Briton of all time, Churchill gives you hope