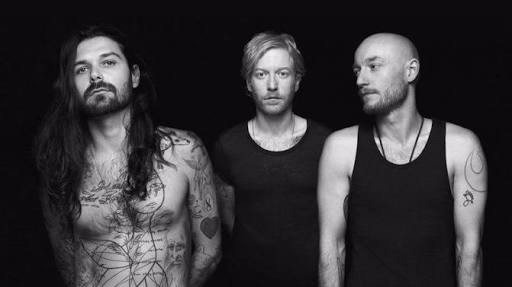 It’s been three years since Biffy “Fucking” Clyro, the grizzly Kilmarnock three-piece, made their way to our fair shores. The band has spent the last two decades dutifully slogging their way towards rock’s top tier, building up an impressive resume are unrelenting rock n roll.

Biffy’s Kiwi fanbase has been slowly building since the first tour, and their hardcore fans have clearly remained devoted.  Huge sections of the Spark Arena audience are lustily word-perfect on the spirited opener, ‘Wolves of Winter’, a song that is deftly able to marry nervy power chords with a shining chorus fit to be sung from a football stand.

The fact that I walked into Spark Arena last night with little knowledge of who Biffy were is more than a little embarrassing considering the bands impressive resume – they’re released seven albums and won numerous awards including the coveted Mercury Prize.

I had been stuck in the nosebleeds the other night in the same venue checking out The Killers, and arriving in time for the opener, Skinny Hobos, I hoped that I would have better luck with the seating arrangements. I arrived to find Spark cut in half – a far more intimate gig than the one that preceded it, but my initial hesitation was soothed by my mate’s insistence that this was one of the best live acts that we’d ever see.

Over nineteen incredibly loud (my ears still haven’t fully recovered) songs Biffy laid out their case for why they deserve that mantel.  The band were able to walk the fine line between their desire to entertain the audience and connect with their music. It’s a balance that I find most bands have struggle achieving, but Biffy’s love for the Auckland audience, and their deeply held passion for their music shone through.

The trio of singer/guitarist Simon Neil and twin brothers James and Ben Johnston, on bass and drums respectively, were stripped to the waist from the outset, an early indication of how hard they were going to work throughout the night.

While I wasn’t immediately familiar with the music I couldn’t help but be affected by it. It probably helped that the audience knew every word and anticipated every nervy power chord, unpredictable time signature, and cathartic chorus. It is a precarious but undeniably effective formula that recurs over the course of their triumphant two-hour set.

The crowd were in full voice during the anthemic ‘Biblical’, a song with a chorus so massive that it seemed purpose-built to be sung by tens of thousands of festival goers.  The relatively restrained (by their standards) chugger ‘Black Chandelier’ was another highlight and seemed to perhaps be their most loved song, judging by the glowing forest of raised smartphones that greeted its chiming guitar-figure opening.

Turns out I had underestimated the audience, and their love for Biffy’s music. The opening chords of anguished ballad ‘Many of Horror’ saw the crowd erupt in delight and after hearing their biggest hit sung en masse back to him, Neil seemed genuinely moved, “That was one most beautiful thing I’ve heard in my life.”
Biffy Clyro have slowly clambered to the highest level of success with very little compromise, and by the time concert-closer ‘Stingin’ Belle’, which saw the band end on a heavy high, rolled around they had made an absolute convert of me. Sure, I might not be able to hear properly for weeks, but fuck if that wasn’t worth it – ‘Mon the Biff!’ 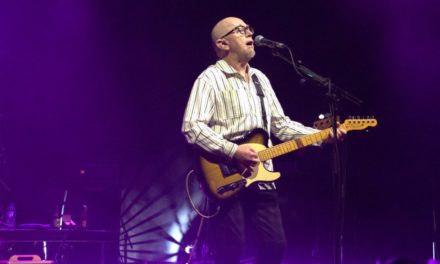