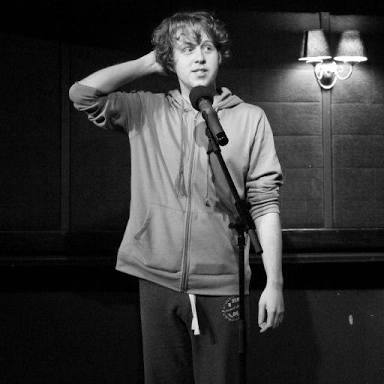 I had no idea who comedian Ben MacGougan was or what his show was about, but by the end of the night, the young affable long- haired comedian (who apparently is crashing on Brendan Lovegrove’s couch in Ponsonby) had us won over with his casual but engaging brand of humour.

His hippy approach had a nonchalant charm with a few zany nuances to his delivery that worked well getting laughs, a “dry-balls” approach that suited his quirky candour. Drawing upon life experiences and parochial plug for his sponsors Big Milk, it took him a bit to expel the stage ‘stutters’ but pulled it back, improving the longer he was on stage.

Staying in Ponsonby (apparently an upgrade) Ben related the finer points of growing up in front of the TV (his parents were working all the time) with TV shows helping to shape him into the credible human he is today, the jokes relatable and the struggle, very real. Stories of Sheena the TV Show or his send up of All Blacks pushing sponsor products were well received, his piece on Agnostics was cleverly weaved; which made me think, he could’ve elaborated longer on this to pimp more laughs.

I had zero expectations and can happily report that Ben has the goods and gumption to take it next level, I’d like to see a bit more of the local lad and see what he follows up with next, reckon he’ll be up there with the Big Guns of Kiwi comedy in no time. With a surname thats hard to forget it was a surprisingly entertaining evening with I think, one of this country’s rising stars. 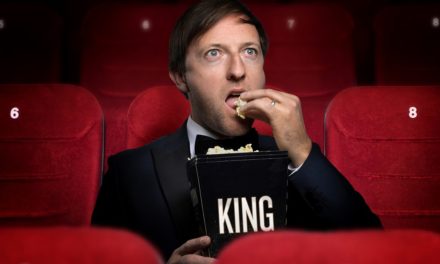