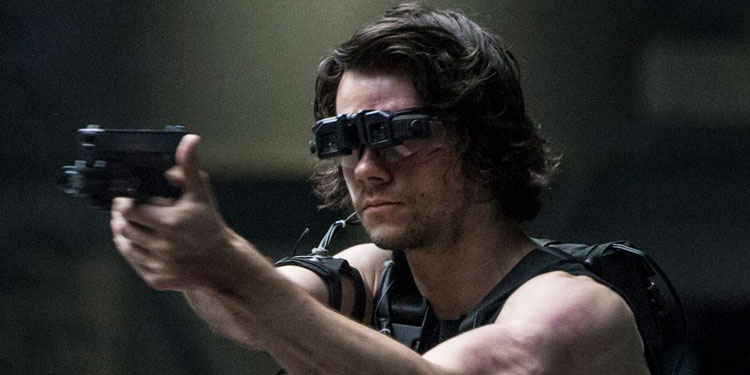 Also starring the ever cool Michael Keaton, acting up a storm, or should I say “hamming up a storm”? and God bless him, he is always a pleasure to watch. Alright, let’s get straight to the point.  This is an ok, passable action thriller film, not inventing the curve here, but it just feels like another Jason Bourne style film.

The film actually kicks off, really well, with an effective opening scene, which is reminiscent of a real terrorist shooting at a resort beach. Our lead protagonist played by Dylan O’Brien, his life is turned upside down, losing a loved one, pushing him into deep depression of revenge. A special unit of the CIA, take interest in him, and take him under their wing, and turn him into the perfect ‘American Assassin’ .  This is where Michael Keaton comes in, the perfect assassin trainer, and he is a delight to watch, overplaying with perfect finesse.

American Assassin is a political thriller action film, that can feel a bit convoluted, hiding itself in what is a shallow storyline. To put a spanner in the works, there is the villain, the type seen in a James Bond movie, played by Taylor Kitsch (John Carter, Battleship), an assassin that was once trained by Michael Keaton’s character, but works now as a rogue dark individual, with deadly disturbed intentions. By the end of the film I was in hokey-ville, i.e. suspension of belief thrown out the window as the action steps up to over hyped levels.

Nothing new here as far as action thriller blockbuster films go, just try and enjoy the ride. I am sure they are going to make more in this franchise, sequels to come. Lets just say it didn’t really float my boat, but thats ok, I enjoyed the popcorn.