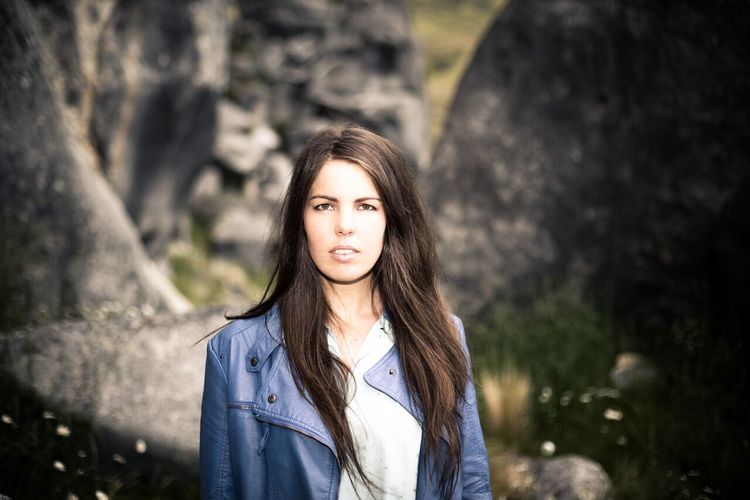 Singer/song writer Mel Parson’s is sporting a hella-cool blue leather jacket.  Smiling as we exchange greetings, sitting down to chat. “ I brought it in Melbourne I think” she says of her cool sartorial purchase, my coffee arrives as if perfectly timed to start the interview.

The release came after an intense few years of relentless touring and festival performances both in her home-country and internationally, and she is now back for a quick break from her Canadian tour before the jaunt back there this month.

“It’s awesome, its great. They’re really cool. My music seems to be a good fit there so when there’s somewhere that you find is a good fit then that’s a great place to tour you know? It’s a good fit for what I do, there’s a great Indie Folk scene over there.”

With a wide breadth of material, Parsons has a dynamic song writing range: from the gutsy rhythmic hand-clappers like audience favourite Far Away, through to pin-drop ballads like Don’t Wait featuring iconic Canadian songwriter Ron Sexsmith.

“I think that North American audiences in general are more enthusiastic than Kiwis” she says.  “I think that we’re quite laid back and sometimes can be quite stand offish – but not in a bad way.  I have a great audience here and great supporters that come out but its just how they respond differently to things – its all good. There’s people that enjoy music everywhere.”

“I grew up on a farm” she begins.  “Me and my siblings all had piano lessons when we were quite small. I was actually really ratchet at the piano, I’m embarrassed.  I’ve had eleven years of piano lessons and could only play you half a song right now – Sorry mum & dad about that.”

Recounting her childhood days, she was a typical “outdoors” kid, recalling the numerous farm animals she had “Hundreds of them” she says smiling, while admitting growing up in a “close family” in the small South Island town of Westport had its charm.  Her musical nous temporarily dormant while her future mapped out, thanks in large to an active and mentally stimulating upbringing.

“It was a mix where I went to school” she picks up.  “It was a really small school. One of the great things about that, was that you could do everything.  You could be in all of the sports teams, be in the school production and you could learn everything. I could do horse riding and play rugby, lots of stuff. I was pretty busy and we spent a lot of time skiing when were growing up.”

“I got really addicted to guitar early on.” She continues.  “I didn’t consider it seriously until I was seventh form when I applied to music school in Nelson.  From there, I started to realise I might be able to makecareer out of it I guess. You have no idea how to do it, you just start doing it.”

The Silver Scroll finalist doesn’t recall writing her first song cordially remarking “No luckily” while adding playing music gave her a “buzzy feeling” and had never considered people might enjoy her music – funny enough, she is the only one in her family who has followed music. “It’s only me crazy enough to do this” she laughs.

“I remember I was a round a camp fire somewhere with friends of my sister.  I use to play the guitar everywhere, I’d be so into it but I’m totally the opposite now. But I remember overhearing somebody say “Oh wow. She’s really good, she could be a professional” and I thought “What?” I had never really considered it.”

Music is a driving force in the nomadic singer’s life, sometimes being a musician can be a hard slog however she is more pragmatic and less philosophical in her approach choosing to side between being well known or simply playing her music.

“Oh the music definitely.” She says confidently. “I don’t have a big profile. It’s not like I’m Dave Dobbyn or someone everybody knows, but I think being well known is a bi-product of doing well. If it’s the other way around then I think there’s something seriously wrong.  I know the desire to be famous but the reason that we need the profile is so that we can tour and people can buy the works off that and we can continue to create. It’s a necessary part of it. I think there are lots of people who choose not to have a public profile, but you need it to be able to tour and for people to know about your music.”

“I’ve always been independent.” She continues.  “Mum and dad are very practical people so we grew up on a farm, its pretty tough rugged and dirty, you end up being quite capable really that definitely helps in this industry because reality is I’m an independent and for most that’s a reality  – Yeah, I think its definitely helped to be adaptable, work harder.”

Being independent is a maxim that has seen the talented singer/songwriter rise to the top of her field, honing her musical skills she travels the world and holds her musical contemporaries in high regard.  Supporting her friends whenever she can has seen her join the likes of Barnaby Weir’s supergroup Fly My Pretties and other local artist tours both here and overseas.

“There’s a nice community a really supportive group” she mulls.  “We’re all doing the same thing so we all support each other.  I work with a lot of people but ones that I work a good amount with are Anika, we’re about to go on tour to Australia later in the year and Anna Coddington, Tami, Angie Sami loads of people.”

As she winds up her North American Tour of Canada before coming home for her Woolshed Tour with actresses Amelia Dunbar and Emma Newborn (Sons Of A Bitch), and just before heading to Oz with Anika Moa, it seems Mel Parsons could also be one of the most busiest touring artists as well.

“Everyone’s job is hard isn’t it really?” she says,  “You can work as hard as you like or not. I don’t know if I particularly believe in luck so much you know? It’s like that saying “it’s a combination of hard work” and whatever the other thing is ..opportunity or whatever. Luck comes when you work hard. I don’t think you can hang round and get lucky. It gives me a lot of energy, I guess that’s my drive really.”