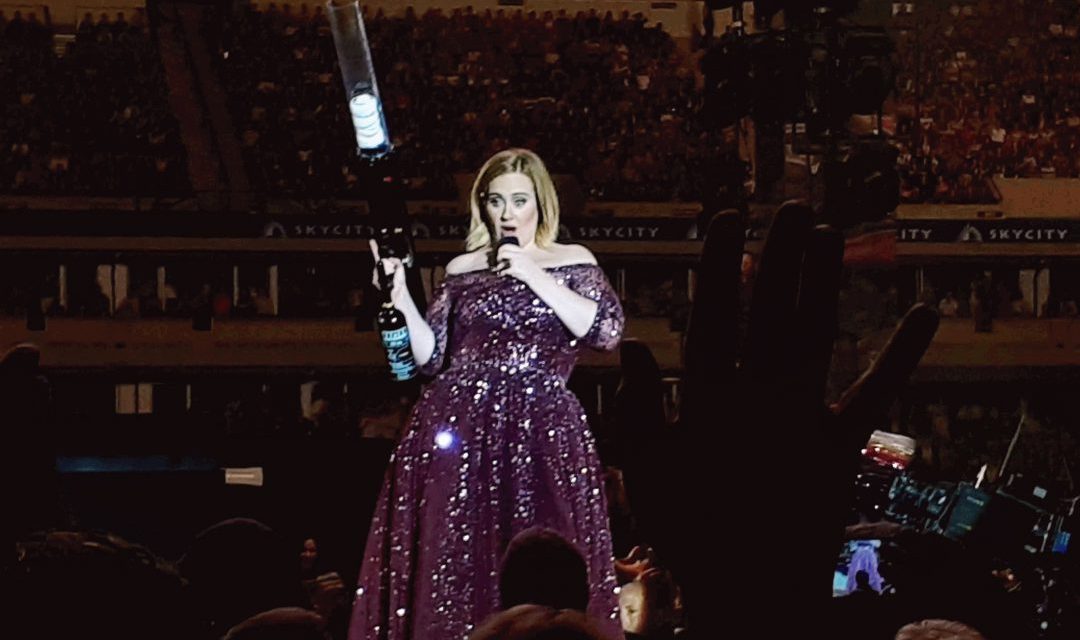 What a night – it was a most excellent spectacle. After getting myself versed with Adele on Spotify during the day, I was match fit for tonight’s gig.

After seeing the success of the Aussie Tour on the news and her disdain shown at the concert security guard and bugs in Australia, my interest was piqued as to what she would get up to here on her first Tour in New Zealand.

“I was sweating my titties off in Australia, your weather is much better” she joked, as she paraded up and down the giant stage almost to a work-out pace, waving and cajoling the excited Auckland audience.

Whether she was belting out “Hello, from the other side” or having go at our local bug life, remarking at one beetle on stage as “ a lonesome little fucker” it was clear from the outset British singer Adele’s potty-mouth humorous life stories had struck a chord with Kiwi audiences.

She dazzled and quickly connected with the crowd adding how appreciative she was after she had “heard them” them all night. As she opened with Hello, her voice was captivating from the first note, the song a massive opening statement.

Under the mild Auckland night air, she looked every bit the diva, resplendid in erubescent sequined dress, channelling her “Inner Ariel” on the James Bond theme song Skyfall, even going far as to suggest she nearly turned it down telling film makers “No” her favourite word, adding she is “lazy”.

The stage was a behemoth of a rig, easily one of the most impressive set ups I have witnessed. Towering above the sold out crowd, the smart lighting and impressive sound system pampered to the singers every whim.

Her image flashing from every 360 degree angle while her band and backing singers rotated on the centre artist stage – it was every bit the spectacle were expecting – plus more.

Hometown Glory with its time lapsed images of Auckland was a nice touch, while perennial favourites Rumour Has It, Chasing Pavements and Rolling In The Deep were delivered with such gusto it was hard to tell if it was the singer or a backing track playing.

The best part of the concert is Adele herself. Her thick-as-lard accent, relaxed style and amiable cackle is probably what resounds with Kiwi audiences. Her honesty is as brutal as her love for people is apparent by her pre-song banter, which she is well known for.

“Do you guys get Neighbours here, do you like it?” as a resounding “No” echoed around the stadium, her response of feigned surprise comically captured on the big screen.

She even had time to reflect on her “hometown” London as she remembered those who had fallen in yesterday’s terrorist attack, the singer accommodating a young fan with a selfie, as she invited her to the stage to help her ‘get rid of the beetles’, the singer asking her guardian “Did you get that?”

Maybe the Kiwi bugs got more than their fair share of “air time”, but there are enough surprises to keep even the most fastidious fan engaged. when Adele says “See you on the weekend,” you expect good things will happen – ah, that cackle though 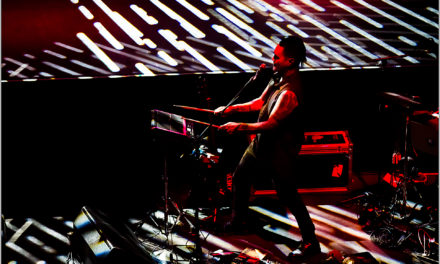 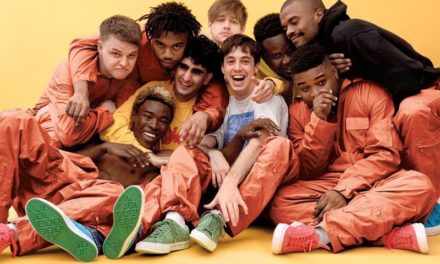 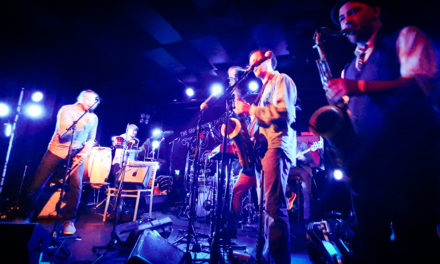 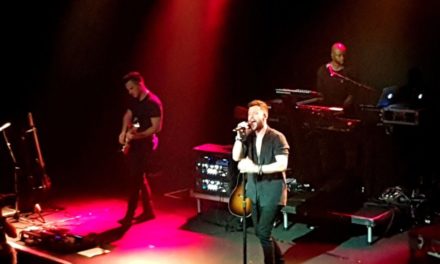